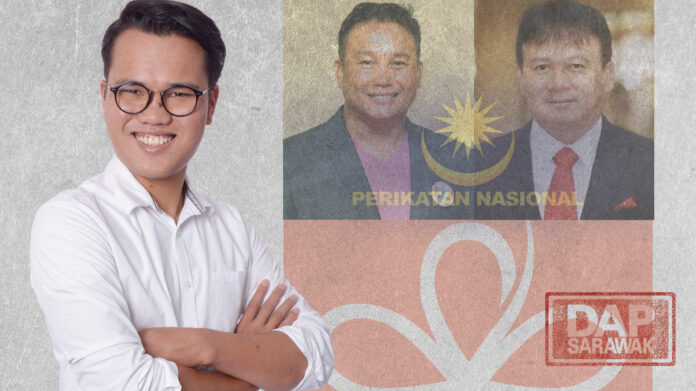 Joining BERSATU is not good choice and a suitable move for Willie Mongin and Ali Biju.

In 2018, they fought the Kleptocrats to bring justice to the Malaysian as well as to offer a better Malaysia and create the way for a clean and just Malaysia. And they won their seats under the Pakatan’s spirit to bring new hope for Malaysian.

But instead of carrying on the spirit and standing up against the corrupt practices, they are now joint venture with the Kleptocrats where they were once against it.

It’s really sad to see them neglecting the fight to provide better policies to all Malaysians but yet they choose a race-based party to continue their struggles. I personally don’t think by joining BERSATU can make the Dayak voice be heard by the leaderships as BERSATU is being labelled as the UMNO 2.0 by the kampung folks.

By joining BERSATU which mean they will neglect the fight for change they were once believed where the they publicly want the people of Sarawak to continue supporting the GPS as the state government. Aren’t they are the ones that fight for the policies made by the GPS government?

Where are the vocal Willie Mongin and Ali Biju that the Bidayuh and Iban were once admired because of their fearless fighting spirit for the injustice and corrupt practices. Where are they vocal NCR land fighters that were once fought side by side with Baru Bian and the DAP Sarawak to bring justice to the people?

They have forgotten the struggle against corruption, nepotism, the kleptocrats and injustice policies. Instead of standing up for the things they once fought for, they choose to follow a leader that betrayed the people’s mandate and form the backdoor-government.

This is what the Bidayuh proverbs said ‘Pu’ buai, pu’ tajub’ (where the crocodile jumps, the small one will also follow) which means a follower blindly follow the leaders without a clear vision where are they heading for.