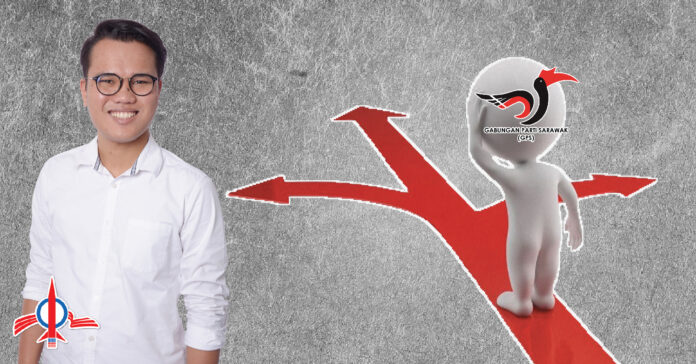 With the announcement of Mahiaddin resigned as the 8th Prime Minister of Malaysia with his entire cabinet, it is time for Gabungan Parti Sarawak to choose an alliance that can offer a better deal for Malaysia to fight the pandemic and revive the economy.

It is because the failure of the Perikatan Nasional government led by Mahiaddin Yassin to understand the problems facing by the Malaysians led to the dissatisfaction of many Malaysians.

The implementation of Darurat supposedly flatten and to curb the virus but was used to keep them in power and no accountability and transparency to the people of Malaysia.

GPS was the one that supported Perikatan Naional and became part of the federal government. During the 18 months being part of the federal government, GPS was silent when corruption is being practiced to buy the support of Member of Parliament. Does GPS already forget about the corruption-free-pledge they did in 2019? Or it is just a political gimmick?

Now is the time for GPS to prove that they are not a ‘Jaguh Kampung’ that only making noise in Sarawak but silent when they are in power and just follow the order by choosing an alliance that really can revive back the economy or GPS does not have the guts to fight for Sarawak?

Don’t inherit a ‘Jaguh Kampung’ political alliance for the next generaton of Sarawak that making so much noise in Sarawak but failed to fight for the rights of Sarawak when in power.

GPS was with Barisan Nasional before and now with Perikatan Nasional, both miserably failed to save the country and they have seen how the people rejected both alliance, are not that should be enough lesson-learned for GPS?

It is time for GPS to prove whether their intention is sincerely for the well being of the rakyat or they are just a ‘Jaguh Kampung’ with a lot of political dramas.