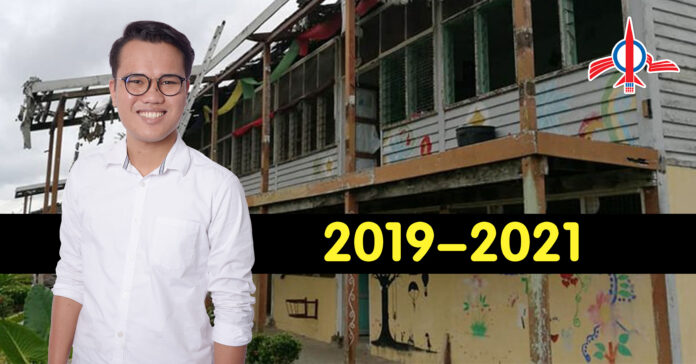 I would like to comment on the recent statement by the federal Education Minister regarding the dilapidated nationwide.

According to the minister who recently on his official trip to Sarawak said that the Federal Government will prioritise the dilapidated schools in Sarawak especially those in dire condition.

The minister also pledged to immediately repair the teacher quarter and facilities and other infrastructure.

In July 2019, the state minister of Education said that the repair will begin in August 2019. At least 5 schools are to be repaired and that time. But why until there are no reports on the 5 schools that have been repaired so far and the work progress for the whole Sarawak?

And now the Federal minister recent visit to show that the GPS government did not care about the education facilities and to give a decent study place to the children of Sarawak. Are not the GPS slogan is Sarawak First? Why until now there been no adequate answer from the state government to ensure that they will seriously be looking out to this matter.

Last month, the DAP Sarawak Chief Cong Chieng Jen had asked the same question in Parliament but the Federal Education ministry on the progress school upgraded and restored from 2019 to 2021, but did not receive a good answer from the Deputy of Education Minister.

The cost for every schools is approximately around 8 million per school. So some answers must be answered by the state government on when all these schools are going to finish with the amount of money given?

The GPS government should not be silent on this and since Perikatan Nasional became the government, GPS no longer prioritized repairing the dilapidated schools in Sarawak.

The GPS government has been in the power for decades and yet they fail to take care of the fundamental rights of every Sarawakians child to have a better study place.