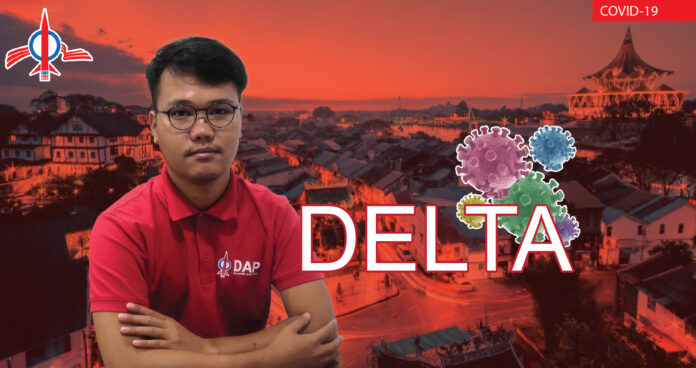 Sarawak has detected 16 Delta variant cases in Kuching on 13 July which is consider the dangerous variant after Lamda the variant found in Peru.

The Delta variant has made most of the people in Malaysia especially in Sarawak are afraid as it can infected very fast compare to other variants.

It perplexed the Sarawakian as how the Delta variant reaches Sarawak if all the necessary SOP where followed and abide. Are there some loppholes that the government has missed which make the carrier of the variant infected others Sarawakians?

Sarawak government must be transparent on the issues as from where and the variant enters Sarawak. If the government is transparent on this issue, they should get the experts to consult them on how to have a better SOPs and a safe environment for the people.

Therefore, i urge the Sarawak government to use their autonomy power as Wilayah to have draft a better SOPs for Sarawak or else the Wilayah status is just a paper status. It is time for Sarawak to do mass screening to detect the early carrier to avoid infecting others and potentially flatten the curve.

Do the vaccination proses quickly using the inject first and register after process to achieve the herd immunity among the people of Sarawak. As now there is no problem for Sarawak to vaccinate their people as most of the people know about important of being vaccinated.

Learn from other countries such as Vietnam, New Zealand and Thailand to vaccinate the workers from the factories so that they can keep the economy alive and avoid the half-cooked SOPs.

I hope the government is aware about this and willing to listen from the various suggestion as this is not the time for us to get the political mileage as we are in this together to protect the Sarawakians and its economy.