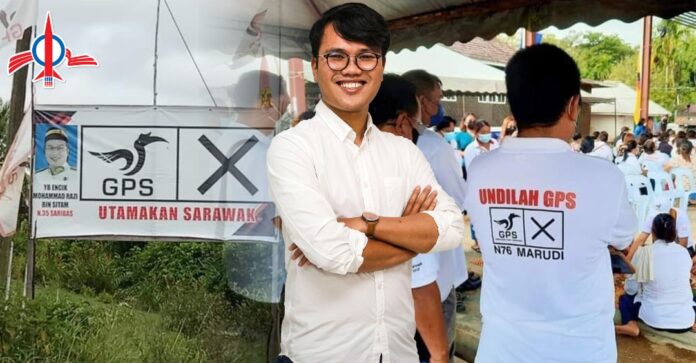 I would like to question the sincerity of the GPS government whether they respect the law in the state or there closing one eye the what their potential candidates are doing.

Firstly, the Election Commission (SPR) are yet to announce the date of the election and we can see that some GPS potential candidates are already breaking law by doing an early campaign.

The GPS is clearly violating section 2 (1) of the Election Offences Act 1954 which stated that the “Campaign period”, concerning an election, means the term of any candidate or his election agent allowed to conduct election campaigns in the division of the election of the candidate, i.e. the period beginning from the time the managing officer declares that a ballot will be conducted in the constituency for which he is appointed and expires on the expiration of the day before polling day.

Now the GPS is ignoring the rule of law in our country and failing to be an example to the people of Sarawak, how are we going to trust them to be our leader?

Those potential candidates are going to be the lawmakers in Sarawak, if they fail to abide by the law, how are they going to the lawmakers and the made law under the Sarawak Legislative?

Does GPS care about the new sub-variant of Delta in Sarawak, the livelihood of most Sarawakians are still struggling with life and yet the incumbent elected reps and the potential candidates of GPS are focusing on election instead of helping the people out of their hard times.

It is time for the people of Sarawak to make a bold move to choose the next leader that respects the people, respect the law and can be the leader that everyone can follow and prosperity to all anak Sarawak.