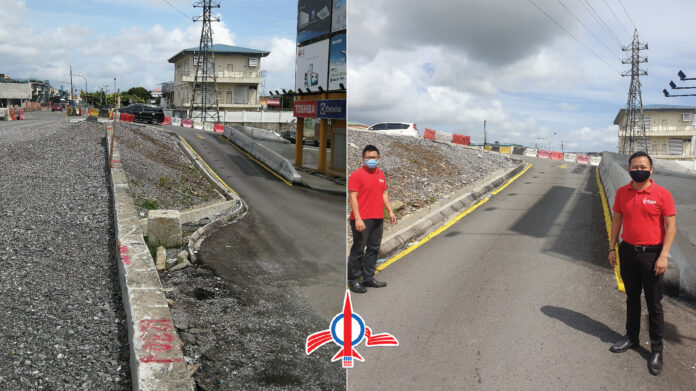 On 26.10.2020, Lo Khere Chiang announced that the feeder road next to Ee Ann City Commercial Centre shall be widened into a two-lane carriageway to ease the traffic flow. This announcement was reported in the Borneo Post Online.

I note that it has been close to four (4) months since the announcement by Lo Khere Chiang respecting the proposed widening of the said road. However, following feedback from the shop owners, residents and their customers as well as our site inspection, we note that there is no commencement of any kind of road widening work at the said site. Our checks with the local contractors supervising the construction of the Pan Borneo Highway along Jalan Penrissen were also futile as none of the said contractors seems to be aware of any plans for the said road widening.

I have since written to MPP to follow up on Lo Khere Chiang’s announcement. I hope that prompt action is taken to address the issue.