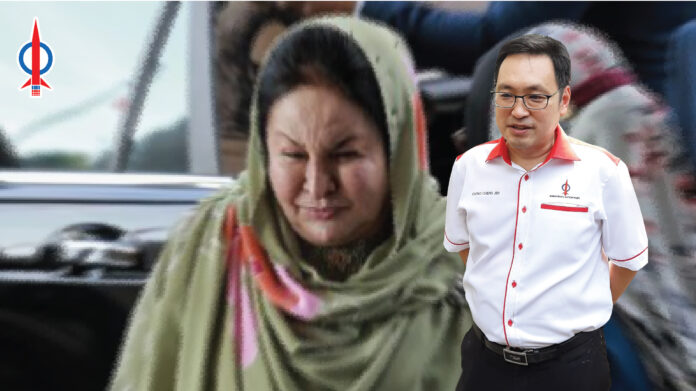 The High Court’s finding of prima facie case on the corruption charges against Rosmah is another victorious result brought about by the 2018 General Elections where the Barisan Nasional was toppled by the Pakatan Harapan.

Since the change of government in 2018, there have been many prosecutions against the once powerful and VVIPs on counts of corruption. Though most of us would like to see swift justice be carried out and those corrupt figures put behind bars immediately, but the administration of justice demands that the perpetrators be also given the right to fair trial in Courts of law.

All these powerful personalities would not have been charged had there been no change of government in 2018 brought about by the General Elections.

Therefore, contrary to the misperception that there is no point voting, it is my strong belief that the votes of the Rakyat do count.

Though the Pakatan Harapan could not achieve 100% of the reforms promised in the GE14 and that the life of the PH Government was shortened by the treacherous act of the “Sheraton Move” in February 2020, we have witnessed the following positive transformations which will never happened had there been no change of government back in 2018:

Throughout this period, the Sarawak GPS has always played the role against the people’s wishes.

As the saying “better the devil that you know” goes, it seems that the GPS is more comfortable with the old corrupt system of the BN, now found in the present PN government, with no accountability and transparency, especially now that Parliament sitting has been suspended.

With the GPS strongly backing the PN government, the country Malaysia as a whole, lost out. Can Sarawak gain from this? The answer is a clear “NO”. One clear evidence is that even when Sarawak has a Deputy Minister of Health from the central region, notwithstanding the outbreak of Covid-19 cases in the central region for a few weeks, the Sibu General Hospital is still severely short-handed, under-funded and no additional testing machines to tackle the situation. And worst of all, the Deputy Minister of Health is no where to be found in Sibu dealing with the situation.

In conclusion, I still believe in the democratic voting system and that our votes count. But if the voters in Sarawak continue to invest in the GPS which is the same past BN Sarawak, then our woes of the past 57 years will continue into the future for our children.