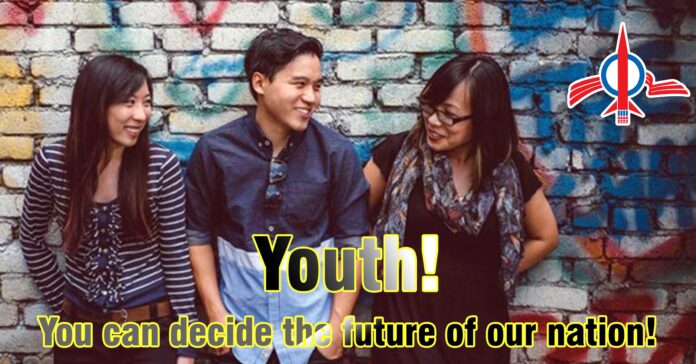 In December 2019, the Pakatan Harapan Federal Government passed a Constitutional Amendment that bestows automatic voting rights to every 18-year-old or above Malaysian citizen, commonly known as Undi18. This has drastically increased the total number of voters throughout the Federation.

What is the significance of this?

This is the current political reality; the youth has become the most influential age group in the Federation.

However, the question is whether our youth is willing to voice out and act for our nation and the future.

Today, we face unprecedented inflation and low incomes. However, our government is incapable of controlling these issues and design a comprehensive development plan. These are the very reason we are falling behind the rest of the world. Unfortunately, instead of solving the issue, the BN+PN+GPS government continues to play with racial sentiments to attain their political objective. GPS even attempts to incite xenophobic feelings, and they do not care if they could destroy the harmony, tolerance and respect in our society. This is not what Sarawakians and Malaysians want.

The Pakatan Harapan Federal Government passed the Undi18 Bill, believing that the youth can enrich our nation with passion and wisdom. PH believes that the youth can steer the nation on the right path. We do not have to be held back by the old school thinking; the youth can decide OUR FUTURE.

Youths are not the pillars of the future; we are the masters of the nation!