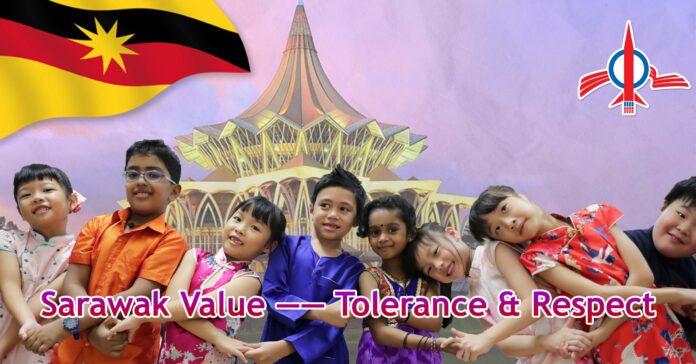 Recently, our people have been engaging in a series of political discussions with regard to regionalism and federalism. Regardless of our stance, I think it is somewhat delightful for our future and democracy. I believe we should acknowledge the effort of all sides and perhaps engage in the conversation.

Of course, I do not write this to acknowledgetheir efforts. Instead, Iwish to discuss the idea of regionalism and federalism.

In our current political landscape, regionalism and federalism are two opposite ideas. Regionalists think that only a local party will fight for the benefit of Sarawak, whereas nationalists believe in a national party and its potential in federal politics. Undeniably, regionalists have the upper hand in this debate.

However, that does not mean that regionalism is flawless, or at least in the current version.

In order to assess regionalism, we have to first look into the nature of Sarawak regionalism.

Sarawak regionalism can be traced back to the end of World War 2 when the Brooke family decided to give out the ownership of Sarawak and sell it to the UK. People of Sarawak who did not want to be colonized by the British organized demonstrations known as the Anti-cession Movement of Sarawak. The then Governor, Duncan Stewart, was assassinated in the process.

Let us not dwell on the debates of whether the Cobbold Commission’s conclusions were correct. It was a known fact that those who agreed or disagreed with Malaysia were evenly matched in terms of number. In the local election, the Sarawak Alliance, a Pro Malaysia political alliance, won narrowly against SUPP, a party that once fought for independence. Therefore, the result shows that Sarawakians then leaned toward the formation of Malaysia instead of independence.

This is the very reason why regionalism went to sleep for almost 45 years until 2008. In 2008, the 308 political tsunami shook the political landscape of the entire federation. It was then that the Fixed Deposit of Barisan National, Sarawak and Sabah became important.

As the pioneer party in defending Sarawak and a Federalist Party, our party, in 2014, promulgated the Bintulu Declaration, which declares:

1.      To ensure that Sarawak is economically capable to develop;

as our party cores and goals. For DAP, restoring the autonomy of Sarawak is the first step to fixing our federal governing system, which is not a reflection of regionalism, but a step to realizing a better Federation.

However, having smelled the growth of regionalism and dissatisfaction with the Federal Government, the “Civil Movement” S4S came into the picture with the idea of independence.

At the same time, the then CM, the late Adenan Satem, came up with an idea, which I will call it hereinafter as the Sarawak Value. The Sarawak Value he enunciated was a nation of multicultural tolerance, respect, freedom, and equality among the people. This is indeed a fascinating idea. However, does the current GPS adhere to the late CM’s idea?

The answer is obviously no.

GPS, along with its local partners, did not carry out the Sarawak Value, instead, they used a narrowed regional sentiment to spread hatred against West Malaysia and other places. This was not supposed to be a Sarawak Value that we want and hope for. We want a harmonious, inclusive, mutually respected society, and people in such a society are not supposed to hate a person merely because of his birthplace or origin. This is, regrettably, what GPS is doing. Under their hands, the Sarawak Value became a synonym for xenophobia. They reject anything coming from the outside and refuse to tolerate and respect people coming with goodwill merely because of their origin. I do not think these are what Sarawakians want.

This is why I call for all determined Sarawakiansto defend the true Sarawak Value, a value where we accept, tolerate and respect people, to not be clouded by xenophobe that is cloaked with regionalism. Hence, it is for this reason we have to defend our Sarawak Values.