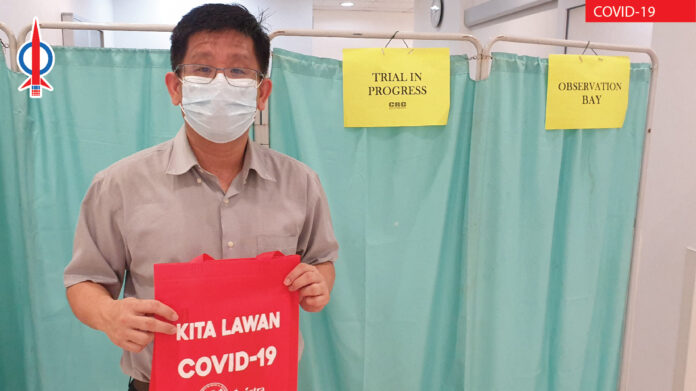 Government asked to be transparent with the COVID-19 vaccine rollout, which will begin on coming Feb 26th. It is stated that the 1st phase will encompass around 500’000 people, which involves the frontline staff and will take place until April. The 2nd phase is slated to begin from April until August, which involves high-risk groups such as the elderly and those suffering from chronic health conditions.

The public should have easy access to the program’s details, starting with the deployment to the vaccine’s effectiveness. Start it right, especially with the 1st phase. This will gain public trust and confidence in the program and ensure proper direct communication with the public to curb any unwanted confusion and speculation. Having an official, easy-to-access ‘go to place’ is also crucial to curb any fake news that will derail public confidence in the vaccine and program.

Mass vaccination on the whole nation will undoubtedly involve many quarters and filed of expertise. Thus, open transparency can ensure the smooth running of the program. When the details are shared, the government can benefit from feedback from the ground to continuously fine tuning the program to increase its effectiveness. Different areas will have their challenges, and there is only one way to it: Transparency. We are all in this together.

The government also urged to include those in the Elderly Care and Nursing homes in Phase 1 of the vaccination program. It is proven globally that this is the most vulnerable group. In Canada, for example, it is recorded that 80% of all covid19 related deaths occurred at elderly care centres. Similarly, for the United state and the United Kingdom where each recorded between 30%-40%.

Unfortunately, in Malaysia, we have also seen similar cases, most recently in Sarawak where all of the 31 residents and elderly involving two nursing homes for the elderly in Sibu had been infected. A 73-year-old man was confirmed positive for Covid-19 and died at the nursing home he was in. There is a huge urgency in prioritizing vaccination the elderly as they are often the most susceptible to more severe symptoms and possible death due to their age and other underlying diseases.

An estimated 40’000 Malaysian above the age of 65 stays in care centres or nursing homes together with another 8000 care workers. With that kind of numbers and considering the unequivocally extreme vulnerability of this group of people, the government should priorities them into phase 1 of the program. In Malaysia, there are an estimated 1500 elderly care homes, out of which only 350 are registered.