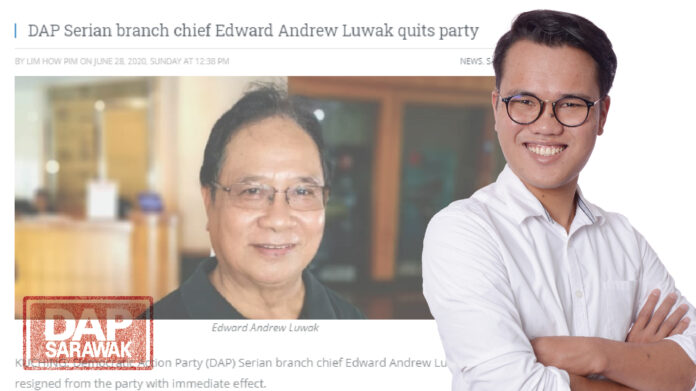 With the announcement of the resignation of former chairman for Serian DAP branch, DAP Serian is run by the pro-tem committee.

I would like to thank the DAP state committee to appoint me as the pro-tem chairman until the next annual general meeting.

We would like to thank Edward Andrew Luwak for everything that he has done for the party for the past 9 years.

In politics, there are no permanent friends nor enemies, but principle matters. DAP Serian is not a one-man show, it’s the party that where everyone can voice out their own opinions as we Democratic Actions Party.

We will continue to serve the people as the support is growing because they see that DAP is the only discipline and principles party.

We will announce they new leadership once the party hold the AGM and that should be around July and August.