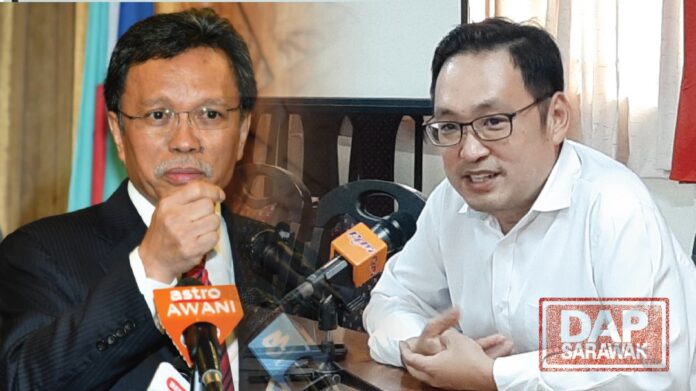 Our 5 reasons for the support of Datuk Seri Shafie Apdal as the PM nominee are as follows:

More than 3 months after the fall of PH Government, there is still no progress in the Mahathir-Anwar impasse. The mistrust between the two and their factions are just too deeply rooted. On the other hand, Muhyiddin continues to consolidate the Perikatan Nasional’s ruling position, and bringing down several of the PH’s state governments.

In such deadlock situation, very often, a third alternative will serve to break the impasse and allow all others to progress. We believe Datuk Seri Shafie Apdal can be such third alternative to break the impasse DAP can wait for another 3 months, 6 months or even until the next general elections but we believe Malaysia cannot afford another month of the PN Government’s destruction of the country’s system.

2.The Urgent Need to remove the UMNO PAS Government

In just 3 months of governing, Malaysians are now witnessing not only a return to the old BN regime, but something worse, namely:

 Blatant abuse of ministerial positions and GLC appointments as a tool to consolidate one’s political power. Appointments to such posts are not based on ability and suitability for the job but rather political consideration and “buying” support.

 Blatant abuse of power to silent the voices of critics and suppress the Opposition.

 Blatant manipulation of the institution of Parliament to suit ones’ political agenda.

We cannot allow this UMNO PAS government to continue bringing our country down the drain. There is an urgent need to remove them. At present, the Mahathir-Anwar impasse doesn’t seem to provide any foreseeable solution to the problem.

3.Shafie’s principled Stand Against the Kleptocrats

Before the 14 th General Elections, Datuk Seri Shafie quitted UMNO because he was against the looting of public fund by the kleptocrats. He was then persecuted but stood his ground. He led Warisan and went all out against the kleptocrat Barisan Nasional in the 14 th G.E.

After the 14 th G.E., his Warisan joined to form the PH plus Government.

In his 2-year governing of Sabah, Datuk Seri Shafie has shown to be a leader who truly promotes religious freedom and racial harmony, unlike many of the West Malaysian politicians especially those from UMNO and PAS who have the tendency to pander to racism and religion to gain political support.

With Datuk Seri Shafie as the Prime Minister, it is the best chance for West Malaysia to rebuild the harmonious racial and good inter-religious relationship of the past which is still the hallmark of Sabah and Sarawak.

It has always been the sore point in the hearts of most East Malaysians that we have been neglected over the past half century since the birth of Malaysia. Such sentiment has even led to the secession movement in the two East Malaysian states.

With Datuk Seri Shafie as the prime minister of Malaysia, it will definitely improve the East-West relationship and imbalanced development between East and West Malaysia. It will also facilitate the fight for more rights for the 2 East Malaysia states.