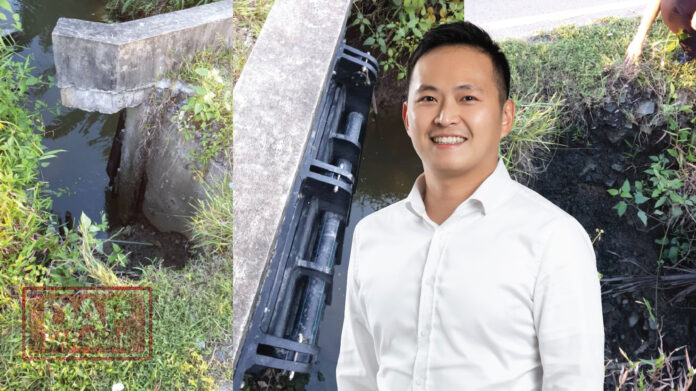 On 15.07.2020, DAP was informed of the issue regarding the drainage along Lorong 28 of Stampin Resettlement Scheme. There are two drains running parallel to Lorong 28. One drain is positioned just next to a row of houses whereas the other drain is situated next to an empty plot of land.

Lot 5721 is the first house positioned next to the first drain and frequently faces flash flood. As a result, flooding has become more frequent lately after an HDPE Flap Gate was installed at the second drain.

The flash flood couple with the non-existence of a retaining wall and/or concrete drainage has also caused the land on which Lot 5721 sits on to slowly erode. Due to this, the main road of Jalan Stampin Baru is now approximately 6 inches higher than the car porch of Lot 5721. If this is to continue on, we may see the road eroding further.

We wrote to MBKS on this issue and on 30.07.2020, there was a reply from the council where it was mentioned that the device was one of the requirements for flood mitigation for Stampin Resettlement Scheme.

Notwithstanding the purpose of the flapgate, it does not negate that there is an adverse impact on the neighbouring houses. Meanwhile, the soil around the HDPE Flap Gate has been seen to be eroding as well. This may then lead to the road being on the unstable ground which may affect the road users particularly the residents Lorong 28, Lorong 30 and Stutong Heights Apartment.

In an effort to resolve this issue expediently, we have since written to MBKS to invite Y.Bhg. Datuk Wee Hong Seng to visit the affected area together with the representatives from DAP to understand the situation and explore the steps which may be taken respecting the above matter.