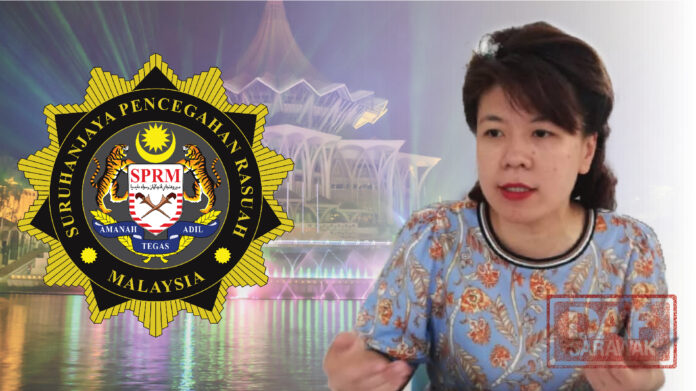 I am greatly disappointed and shocked to know that the Malaysian Anti-Corruption Commission (MACC) has decided that there will be no prosecution and has since ceased all investigation with No Further Action on the infamous RM31.89 Million Kuching Musical Fountain project.

Such revelation was made through the answer given to the Parliament question submitted by the Member of Parliament Yang Berhormat Chong Chieng Jen recently.

In my view, given such a decision made by MACC, it is another black mark in Muhyddin’s government, a total opposite to what he had pledged after he took helm as the Prime Minister where he promised the people to lead a government that practices integrity of the highest level and corruption free.

It was clearly pointed out in the second series of the Auditor General’s Report for 2018 that the Kuching Musical Fountain was submitted, evaluated, approved and awarded within a short span of 36 days to a private company which has zero experience in building musical fountains and waterscapes without any open tender. To put it aptly, it was a project that was never budgeted for and was whisked through in a high handed fast tacked manner by the Sarawak Government.

May I ask MACC, if MACC were to look into the allegations that 101 projects were allegedly awarded through direct negotiations under Pakatan Harapan Government, why is MACC ending its investigation on this RM31.89 Million Kuching Musical Fountain project that was obviously done through direct negotiation by the Sarawak State Government under the leadership of Abang Johari? Are we witnessing another double standard practised by the anti-graft agency where investigation is only conducted on alleged PH’s direct negotiation projects and not on projects in the Barisan Nasional and Perikatan Nasional era.

I call on the MACC to give its full justification in reaching such a perplexed decision particularly with such a case that is not only tainted with questions of accountability and integrity but also poor implementation with the contractor not adhering to the terms of the contract agreement.