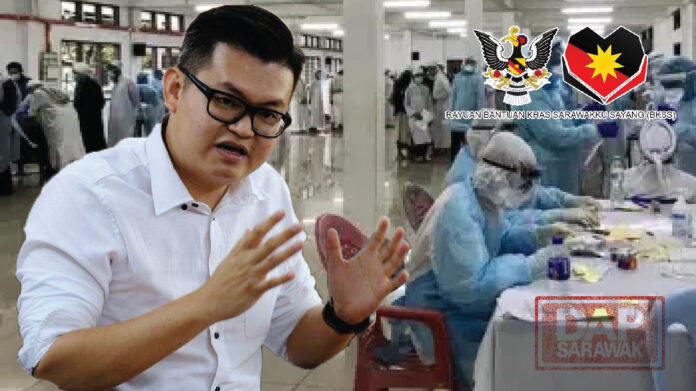 The Sarawak State Government must swiftly resolve the unpaid special Covid-19 allowances that was promised by the State Government to our front liners for their service and sacrifice during this Covid-19 season.

This is in response to complaints and concerns raised medical doctors and healthcare workers in hospitals in Sarawak that claims that for the past 4 months since May they have not received the state special Covid-19 claims. The Chief Minister under BKSS has promised the front liners and Medical staff involved in Covid-19 will receive RM 300 per month for six months starting from March this year but since May they have not got their allowance.

Fact of the matter is, this is again not the first time for such delay and we have received complaints before from medical front liners not just on the delay. This has affected medical frontliners from different departments and hospitals all over Sarawak including the emergency department (ETD), medical staff and even anaesthesiologist.
When they followed up with their hospital administration, the excuse given was that the allocations have yet to be given by the State.

At this point these medical workers have not received a total of RM 1200 per individual as promised by State Government, which is no small amount especially for those under contract, and have other family or financial commitments

Yesterday itself in Parliament I raised the issue that that are medical front liner who has yet to get their Federal Covid-19 special allowance on top of “elaun perpindahan” or relocation allowance for those that were moved to specialised Covid-19 hospitals during the pandemic.

So with the delays from both Federal & State Government, is this the way she show our appreciation toward our medical front liners that has served us committedly during the pandemic and even putting their lives at risk to exposure of the virus and also exposure to their loved ones.

In April this year, I also raised the issue of how the State Special Allowance should be expanded to other health workers that deserve to get the special allowance as they are also involved in the managing the whole Covid-19 ecosystem including those in Sarawak.

Since then the State Government has responded and have expanded it to other healthcare workers working beyond the 4 main hospitals in the State. However, what is even more important is that the allocations that was promised goes directly to its intended target without delay.

That is why I urge the State Government to address this matter swiftly and pay them what is due to them including the Covid-19 claims that are backlog and for some even their on-call claims. Our medical front liners not deserve our praise and appreciation especially during this Covid-19 time, but they cannot live or eat on praises alone. And that is why we owe it a duty to make sure their welfare is taken care of properly.