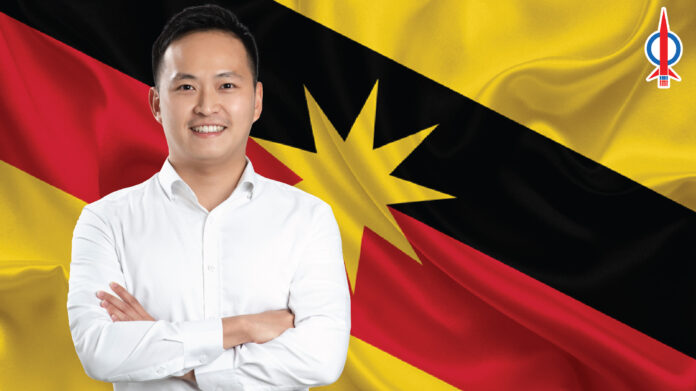 The headlines over the past few days was filled with the proposed amendment to Article 16 of the Constitution of the State of Sarawak. Many politicians have weighed in their different view on the matter. Likewise, I would like to put my view on this subject matter in view that it affects the rights of Sarawakians.

By a majority decision of 7 to 2, the Federal Court in the case of The Speaker of Dewan Undangan Negeri of Sarawak Datuk Amar Mohamad Asfia Awang Nassar v Ting Tiong Choon & Ors agreed with the argument of counsels representing the Speaker of Sarawak State Legislative Assembly, Wong Soon Koh, the State Attorney’s General Chambers and the Election Commission. It was held by the Federal Court that loyalty (though not expressly stipulated in the constitution) is an essential element for one to be elected to the highest policy and lawmaking body in the State. As such, the interpretation of the Constitution has since been narrowed to be confined to people loyal to Malaysia (and in this case Sarawak). Even on 19.02.2020, Abang Johari agreed with this when he said “Our Sarawak Constitution is very clear. Only Sarawakians can stand in the state election.”

Therefore, Lo Khere Chiang is misinformed on the law. It is not true that without the passing of the original proposed Constitution of the State of Sarawak (Amendment) Ordinance 2020 Bill, anyone from Peninsular Malaysia may contest in Sarawak following two years of residency here.

In law, we have a doctrine of stare decisis which means the courts are obliged to follow case laws when making a ruling on a similar case. With the Federal Court’s ruling in Dr. Ting’s, we can now say that in the future, people who are not loyal to Sarawak and Malaysia are not eligible to be a member of the Sarawak State Legislative Assembly.

However, this would not be the case if the constitution was amended as originally proposed by the Abdul Karim Rahman Hamzah. With the original proposed amendment, the principle of stare decisis will no longer applicable because there will be a different constitution for the court to approach the matter. With an express term in the constitution allowing for Permanent Residents who stay in Sarawak for two years being allowed to be a member of the Sarawak State Legislative Assembly, we are reversing the hard work of all counsels in Dr. Ting’s case and also clarification by the Federal Court.

Presently, we hear people still going on record and insisting that the amendment in its original proposed form was good. To this I say the gist of the opposition is very clear; do not try to open up the floodgates when it is already closed. Members of the Sarawak State Legislative Assembly from GPS should not try to blame DAP and PSB for bringing up this issue. If DAP and PSB did not harp on the ‘anomalies’, the proposed amendment would have been passed in its original form and what will we have?

On top of that, I believe there must be clarity on the amount of time spent in Sarawak prior to be nominated to be a member. Without the clarity, a person born in West Malaysia or Sabah to a parent who is born in Sarawak (but not a Sarawakian) and who has spent his entire life outside the state but returns in the 1 year before election may now be a member of the Sarawak State Legislative Assembly. Is GPS now saying such a person understands the plight of Sarawakians and is loyal to Sarawak?

Members from DAP and PSB have all agreed that the exclusivity to be a member of the Sarawak State Legislative Assembly shall only be reserved for Sarawakians. How the constitution should be drafted in order to reemphasis this and to avoid any further misinterpretation is for the drafters to sit and discuss among themselves. An amendment especially to the constitution should not be rushed without consultation from both sides of the political divide. If members of GPS needed the input from other parties and is amenable to a discussion with members of the opposition, we would have been more than willing to sit down to deliberate together because this is for the best interests of Sarawakians.

I hope this article clears the air and even if the original proposed amendment is still being advocated despite after having read this article, I think everyone can all agree that the intentions of these people are questionable. Please do what is right. Own up when there is a mistake which is pointed out and fix it, do not let ego come in the way.