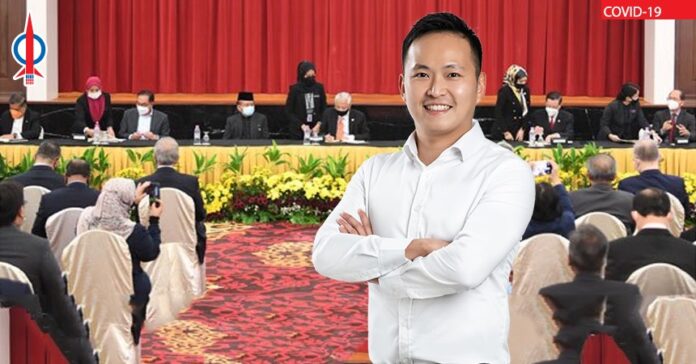 The recently inked Memorandum of Understanding (MOU) between the present Federal Government and Pakatan Harapan is much welcomed. This memorandum is one that truly captures the people’s wants and needs; that there be a concerted effort to improve the economy and to combat Covid-19.

The relatively comprehensive MoU will see parliamentary reforms, administrative transformation, strengthening of plans to combat Covid-19 , judicial independence and also MA63. These are mostly part of PH’s election manifesto during GE14. It was this promise of a better Malaysia which captured the imagination of Malaysians at large and led to many flying back from overseas just to vote BN out of power. Despite being toppled through some backdoor political maneuvering, we finally get to see them being implemented through PH’s steadfast efforts as the current opposition coalition.

From this MoU, we see Malaysia taking a further step towards parliamentary maturity. Unfortunately we cannot say the same for our beloved Sarawak. For the longest time, Sarawak, with the oldest legislative assembly in Malaysia, has boasted that we have the political maturity compared to our counterparts in other states. We also do not see the occasional name-calling or derogatory statements being uttered in our DUN, unlike in the Parliament. However with this MoU, our parliament is suddenly maturing by leaps and bounds.

It is time that GPS put a stop to the current political discrimination and look into adopting similar parliamentary reforms in Sarawak. We should set up of more Select Committees and ensure the total number of committees are equally headed by government and opposition elected representatives so as to allow better transparency and accountability to the people.

At the same time, I also urge the current State government to similarly accord rights and privileges to the opposition leader as well as equal funding for government and opposition representatives. This will not only provide recognition to the opposition for their role as a check-and-balance but also allow direct financial assistance for the betterment of all Sarawakians.