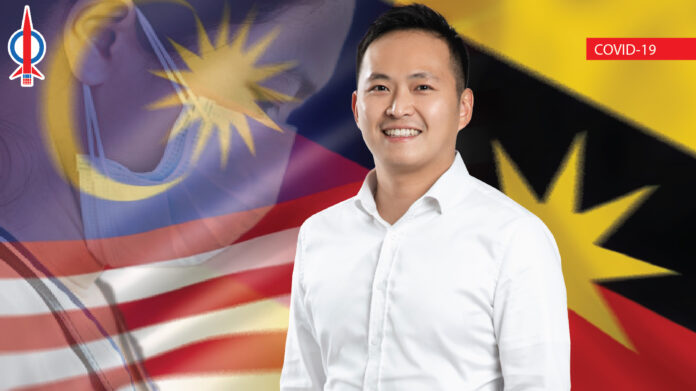 His Majesty, the Yang Di-Pertuan Agong’s consent for the Declaration of Emergency Proclamation which effectively puts the entire nation into a state of emergency until the 01.08.2021 is the direct result of an incompetent backdoor Perikatan Nasional (PN) federal government.

The PN government has been in power for almost a year now and yet has failed to combat the Covid-19 effectively. In comparison, countries like New Zealand, Australia, and Singapore have all done a good job in this fight against Covid-19. Thus far, we have only seen countries which are faced with incompetent leadership which have failed to combat this virus.

The United States of America had Donald Trump as its President. This was a President who continued to play down Covid-19 repeatedly, and even went on national television to give unsound medical advise like injecting disinfectants into the body. Similarly in the United Kingdom, we have Boris Johnson who not only have to deal with Covid-19 but also the Brexit which negotiations have been ongoing for years with no proper exit package from the European Union being agreed upon.

Locally in Malaysia, we also see a weak and incompetent PN+GPS government. With a total of 32 Ministers and 38 Deputy Ministers, we have an over-bloated administration which cannot seem to get the job done. Instead of focusing its energy and efforts on combating Covid-19, the PN+GPS government prefers to play politics at the expense of the people.

Take note that this is a federal government which does not have any majority at all (with the recent withdrawal of support by the UMNO trio, Tengku Razaleigh, Ahmad Jazlan Yaakub and Nazri Aziz). The result of this incompetency, which GPS is guilty of, is the state of emergency. This means that parliament/legislative assemblies and elections are suspended and the military may be empowered to enforce existing laws.

With that, we are a step away from the doctrine of parliamentary democracy which our country is premised upon. The only check and balance on the government is suspended. On top of that, the state of emergency now also empowers Muhyiddin Yassin to make ordinances which can affect the people’s fundamental rights which are enshrined in the Federal Constitution and also grants the Federal Government absolute power to interfere in state jurisdiction.

It is a sad day for Sarawakians because with this PN+GPS government, we have a government is incapable of leading the country through this pandemic. This has not only cost us many lives but has also affected the livelihoods of all Malaysians. Even when the state of emergency was announced, there was no additional stimulus package to help the people.

The people should wake up and denounce this PN+GPS government. PN+GPS cannot give us any stability, development or assistance. Instead the only thing they can give is more uncertainty, more politicking, and more hardship.