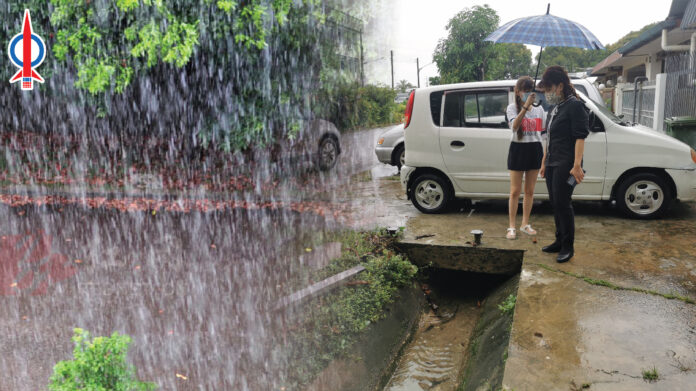 It is high time for the Sarawak Drainage and Irrigation Department (DID) and the relevant councils to get serious in their responsibilities by looking into the severity of the flash flood issue within Kuching city and come out with action plan together most appropriate and efficient solutions. In addition, it is necessary for the government to set up a Quick Response Team which can be deployed to sites to render assistance and inspect the drainage systems for any obstructions.

DID which is under the Ministry of Local Government and Housing as well as all relevant councils should act urgently to find out the root cause to the problem in each of the flash flood area so that the most appropriate measures can be taken. In most cases, clogged drains, the under capacity of the decades old drainage systems which are long overdue for upgrading are the two major contributing factors of flash flood.

Many public had also expressed their disappointment to me that they have not seen the readiness and quick response from the authorities to solve the flash flood issue in Kuching and questioned the government the availability of a comprehensive master plane to address the issue.

Flash flood issue is not a petty issue as seen by some sitting in the power seat. It is a big issue which demands immediate attention and action. In my view, one of ways the government can do is to upgrade the drainage design standard so to ensure they can handle higher rainfall intensities over a much longer durations.

The impact from flash flood can be catastrophic and cause damage to properties. Those who have been constantly affected by flash flood are feeling helpless as the council and authorities concerned are not being attentive to their call for help. To many, the aftermath of the flash flood had caused much distress to them, not only that there are so much cleaning works to be done but the loss suffered as a result of property and vehicles damage and in some cases resulting business to come to a halt.

At the same time, I would like to tell the Minister of Local Government and Housing to stop whinging there is no money to implement flood mitigation plans. Does he not know his job is not to whinge but to solve the problems of the people? Otherwise, he can just choose to go back to the medical profession if he thinks that it is too much for him to handle as a minister.