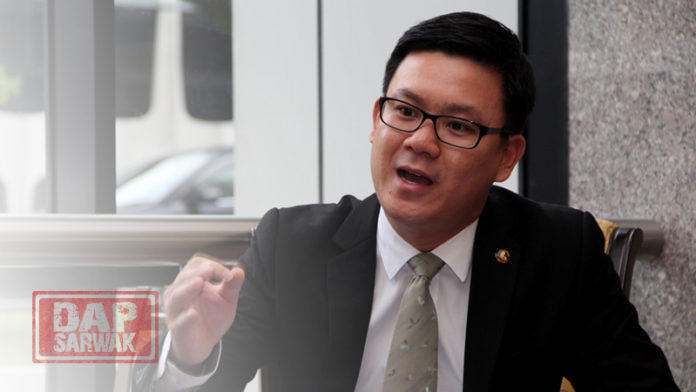 Ling also stated that MPs from GPS objected the amendment Bill was not due to the wording of the amendment Bill, but they demanded more content amendments of the Malaysia Constitution. But currently there are two special committees on going discussing about the details of the devolution of powers involving Sabah and Sarawak, hence to amend the contents of the constitution at the moment does not make any sense, if the details have not be finalised. Ling said, the current constitution amendment is to return the statuses of Sabah and Sarawak to equal partners as pledged by PH government, it is the very first step of whole process of returning the rights to both states.

Ling also emphasised the fact in BN’s era, this constitution amendment was considered impossible to be realised, even in Adenan’s era, the negotiation abiu

About returning state’ s rights also being done in the frame that no contituition amendments involved. Therefore, the effort to amend the first part of the constitution today is a big step in returning the rights and statuses to both states.

According to standing order, there will be debate in the second reading as well as fine tuning of the wording. If GPS continued to boycott and object the new amendment Bill, then the Bill will not be passed in the Parliament, because PH does not have 2/3 majority.

Ling said that the coming constitution amendment has gained full support from PH MPs, not only MPs from Sabah and Sarawak but also full support from semenanjung MPs. Only MPs from PAS have not expressed their stands, however, UMMO and GPS have joint force to object the amendment Bill with the reason substantive contents not included in the amendment. “It is nonsense to say there are traps or conspiracy.”, said Ling.

Ling urged people to understand the fact that in 1976, who downgraded the statuses of Sabah and Sarawak, wasn’t that the most sinful act done by BN? And GPS was part of BN at that time. Today who realised the people’s aspiration to return the equal partner status back? “That’s PH government.”, said Ling.