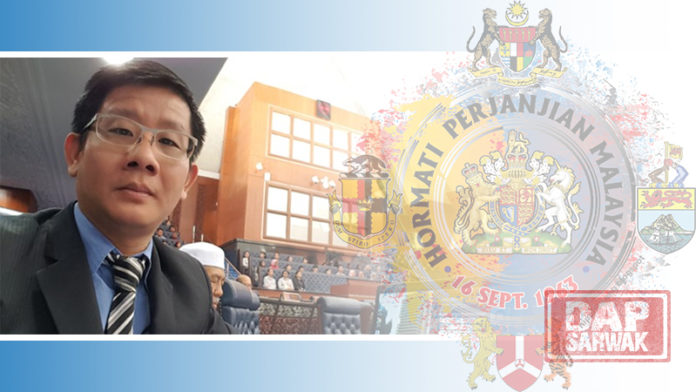 GPS which was then in the BN coalition, together with SUPP had downgraded the status of Sarawak and Sabah to be among the 13 states by supporting the 1976 amendment. They had since then become silent and proved incapable of safe guarding Sarawak interest for 44years but only to follow their Umno Master in the BN coalition. Sadly 44 years later, even after the fall of BN they still follow Umno BN lead in the parliament and backtracked their support for the amendments which will serve as a Backbone in restoring both Sabah and Sarawak status to what it was when they formed Malaysia in 1963

GPS especially the SUPP should come clean on what they have done in restoring back Sarawak rights. Nothing, even when there has been much talk by them prior to GE14. That’s what really counts. They were merely leveraging on the regional sentiment in order for them to continuingly stay in power, playing on both sides prior to GE14, they even continued to praise Najib as one of the country’s best PM even when the former PM was plagued with tens of billions ringgit scandals, money which could have been put to good use in uplifting us Sarawakian. Should PH have not won, and formed government, Sarawak and Sabah will still be where it is, one of the 13 states. Our country’s economy will continue to be in a spiral dive with multiple billion ringgit overpriced mega projects.

By not supporting it, GPS clearly shows that they prefer Sabah and Sarawak continue to be one of the 13 states. Abang Jo is just finding excuse to oppose the constitutional amendment bill. It is but GPS desperate move for survival so that they can continue to play up the regional sentiment, just like they did before GE14 for them to survive the coming Sate Election. It is a plain straight forward decision, by not supporting we are back to where we are during BN rules, that is one of the 13 states, or should it go through, restoring what supposed to be ours during the formation of Malaysia in 1963 and thus the beginning of a new era for both Sabah and Sarawak.