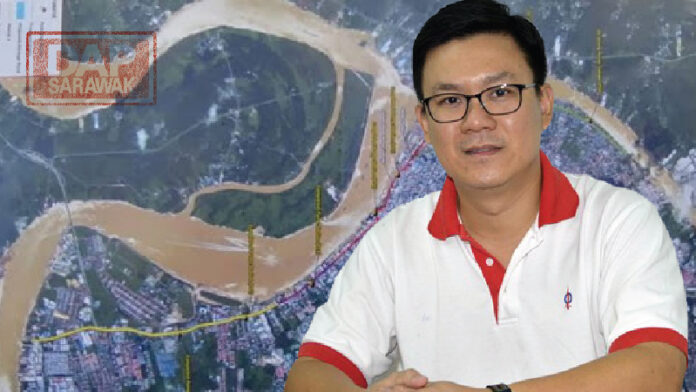 The Gabungan Parti Sarawak (GPS) government owes the people an explanation as to why it has agreed to fund and implement Phase IV of the flood mitigation project here.

Sibu MP Oscar Ling said he was wondering whether the Perikatan Nasional (PN) government which GPS was aligned to had sidelined GPS.

Assistant Minister for Local Government and Housing Dr Annuar Rapaee said yesterday that the state government had agreed, in principle, to fund the project.

He said the project costing RM120 million would be commissioned under the 12th Malaysia Plan (12MP).

Ling questioned whether there was some sort of negotiation between the state and federal government that perhaps prompted the state government to be willing to fund the flood mitigation project.

He said during the Pakatan Harapan (PH) era, the GPS component parties would have made a lot of noises if the federal government did not allocate funds for the federal projects in the state.

“Why the double standard, the change of tone and why suddenly all the silence from the GPS component partners now,” he asked.

He said the GPS government had even made a lot of publicity about their willingness to fund the project which should not be the case in the first place.

Ling said the flood mitigation project was very important and would affected a lot of residents in Sibu.

The project involving the building of bunds by raising the road level along the river as well as the construction of pump stations and retention roads kicked off in 2008.

Phase I and II were completed with the road level from Jalan Upper Lanang to the junction of Jalan Ek Dee elevated, and three pumping stations were built. Phase III is still ongoing and is expected to be completed by 2022.

It involved the building of two pumping stations and elevating the road along the village areas by the Igan River. All the first three phases were funded by the federal government.