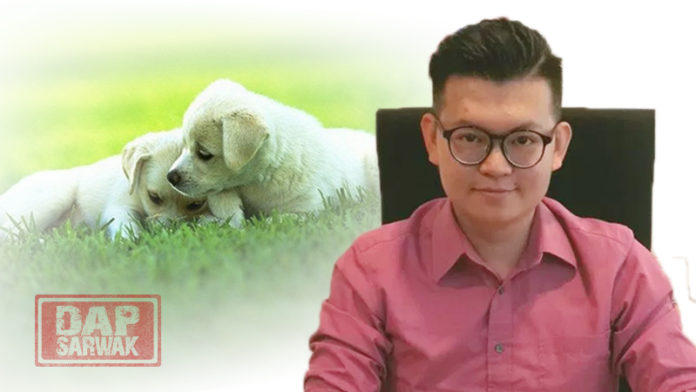 We have been getting multiple complaints on the ground that the authorities under the State Disaster Management Committee including assistance from Majlis Keselamatan Negara(MKN) have been trespassing into the homes of residents allegedly to catch and shoot dogs even though they may be vaccinated and also within the compound of the house.

This is contrary to the statement by the State Disaster Management Committee and Deputy Chief Minister Datuk Amar Douglas Uggah Embas who said recently that instructions have been given dogs that are in the compound should not be shot.

All the alleged reports of the authorities trespassing into private homes to catch dogs and also army personel from the Majlis Keselamatan Negara has cause a lot of insecurities and worries among the public especially those who have dogs as pets at home. Most of these cases, they have already vaccinated their dogs but yet still live in fear that their dogs will be targeted even though they are in the compound of the house.

While we understand the urgent need to control the outbreak and that the anti-rabies operation may be very challenging, but then proper Standard Operating Procedures(SOP) that has been agreed has to be followed and adhered to.

While the Veterinary Public Health Ordinance 199 may give certain powers for the authorities to catch a suspected infected or rabid dog even though they are in the compound, but it is also important the owner of such dogs to be allowed to prove evidence or documents of vaccination before the dog is caught or shot. Just because a dog is aggressively barking doesn’t mean it is rabid, but most of the times, it is just the dog’s instinct to bark due to threats of danger.

Most importantly, they should not be any unnecessary or unreasonable trespassing into people’s homes causing much worries and even security concerns. Members of public are now not only concern of the safety of their pet dogs, but also the safety of their property and home.

We also received a report of how a member of the public that was trying to record the works of such authorities in Kuching, but instead was arrested by the police, but under remand in the police station and his phone was taken away. I have personally contacted members of the family and offered legal representation by one of our DAP lawyers in order to help them though the process.

While I encourage the public not to disrupt the work of the authorities, but the authorities must also be reasonable in handling queries from the public as they will not have anything to fear if all agreed SOP is being followed and adhered to.

That is why, I hope the State Disaster Management Committee under Datuk Amar Douglas Uggah to make sure the authorities and those assisting them to follow the agreed SOP to not cause further security concerns and anxiety among the public on the matter.

I also encourage members of the public to play their part including getting all your pets vaccinated to help curb the disease and keep them within your compound so that it will not mix around and risk catching the deadly virus especially during this time.

I am collecting reports of all the complaints and hope the Committee will conduct an independent and thorough investigation into all the complaints lodge to make sure that this Anti-Rabies operations is done well and also done right.