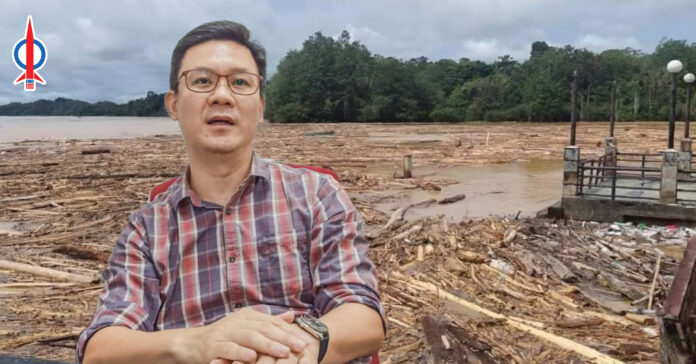 I urge the state government to investigate the cause of logjam that happened in Rejang River.

The logjam has caused water treatment plants along affected areas unable to operate as normal due to high pollutants in the water.

Sibu water board has announced that all the water treatment plants in Sibu have ceased to operate at the moment, and the clean water supply to whole Sibu will be affected.

The logjam also disturbed water ecosystem in Rejang River. From the logjam incident in 2010, we have seen fishes died from suffocation due to high pollutants in the water, and oxygen level in the water being reduced.

The mistake has repeated it again today, we deserve answers from state government. This is a serious environmental issue, valuable fishes in Rejang River might disappeared if this environmental issue not solved and being allowed to happen more and more often.

I demand state government to release investigation report soonest, and measures that have been taken since last logjam incident in 2010, and the reason it repeated it again today.