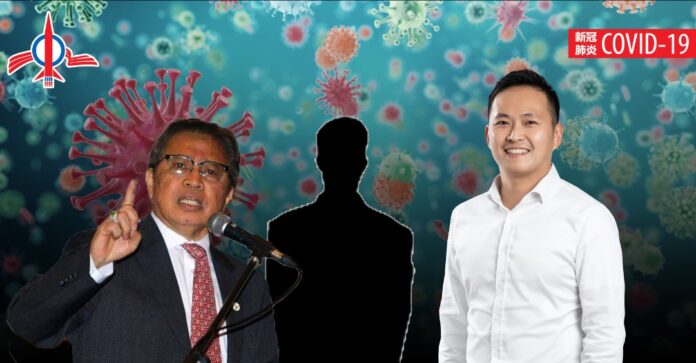 When Abang Johari took helm of the Chief Minister post after the sudden passing of the late Adenan Satem, most people were sceptical of his ability to keep up to the hype that the late Adenan Satem created. After all, Tan Sri Adenan Satem had done something never seen before for the past decades which was to unite both the government and opposition ADUNs towards a common goal.

Abang Johari eventually stepped out of the shadow of Tan Sri Adenan Satem by making big announcements like the LRT and 7G mobile connection. It sparked a sense of hope of fast paced progress after many years of slow development under Taib Mahmud.

However till today, where are we? We have yet to see a single site for the highly acclaimed LRT (now downgraded to ART) programme. The 7G technology that Abang Johari proudly announced has yet to come into existence. These are prime examples of ‘hot air’ from the main man in Sarawak and yet Abang Johari has the audacity to chastise DAP?

The Chinese were fooled by GPS (then BN Sarawak) to vote for them in hope for a Chinese Deputy Chief Minister. Many bought the narrative and voted for SUPP but where are we now? Not only do we not have a Chinese DCM, our Chinese representatives from SUPP are only taking up the portfolios usually overlooked by others.

As the government of the day (both in Federal and State level), what has GPS brought to the people except for suffering and incompetence? Till today, BKSS 6.0 has yet to be fully disbursed; what more to say BKSS 7.0. On top of that, many Chinese businesses are suffering from the mismanagement by GPS and SDMC.

Therefore Abang Johari is delusional to push the blame on DAP. Since Abang Johari has shown that he is unable to do things properly, let us vote him out this coming state elections and allow other competent leaders who can do the job to take over.