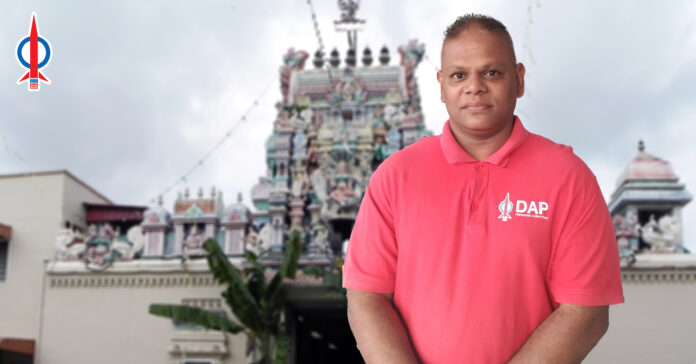 The Population of the Indian community in Sarawak is estimated to be today 11,000 as of now. Kuching accounts for the highest number of Indian in Sarawak with a population of approximately 7,500.

Despite the highly touted “Keluarga Malaysia”or “Kerajaan Prihatin’we have yet to see any federal funds beings channelled to the local Indian. I have been informed that a working paper on the Indian community in Sarawak was sent to the MITRA of Jabatan Perpaduan Negara November 2019.

Despite this we have yet to see anything done nor any assistance being rendered to the local Indian community.

I hope that the RM145 million allocated under Jabatan Perpaduan Negara (MITRA) for the year 2022 will see the light of the day for the Indian community in Sarawak.

Nethiyananthar A/L Balalingam will be holding further discussions with MP Stampin, Yang Berhormat Chong Chieng Jen to seek his advice on the distribution of this Federal fund via the Minister of Unity Malaysia for programs which are geared toward the betterment of the Indian community in Kuching,Sarawak.