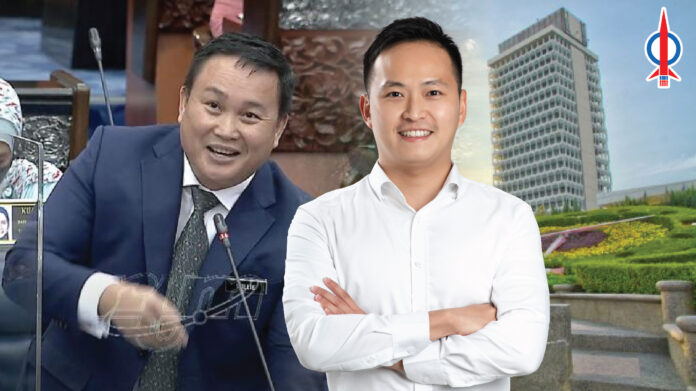 Who would have thought that after over 60 years of independence and with all the education that is available, we are still faced with a situation of unruly elected representatives in either the Parliament or the State Legislative Assembly.

We have seen the constant bullying by the current Perikatan Nasional MPs when they bully Syed Saddiq by calling him names like ‘cucu’ or ‘budak’. Unfortunately, the newly installed Speaker had decided not to be as impartial and straight thinking as what he used to be when he was in private practice. Instead of condemning such condescending remarks, it was simply brushed off as a joke by the Speaker.

We have seen a fair share of vulgarities in the parliament as well. From the verbal vulgarities by Sabah Deputy Chief Minister, Bung Mokhtar (ironically towards Willie Mongin) to yesterday’s middle finger pointed by a Federal Deputy Minister, Willie Mongin. Probably the ill culture of PN and BN has rubbed off on our PN friendly representatives from Sarawak . Locally, we also saw this trait when Lo Khere Chiang uttered ‘b****t’ in the Sarawak State Legislative Assembly.

As elected members who are chosen to represent the people and also to hold high office (Deputy Chief Minister, Deputy Minister and Chairman of local council), proper decorum is expected at all times. It is unfortunate to see such bad habits amongst some elected representatives friendly to PN. No wonder GPS is totally against ‘Malayan parties’; because GPS seem to only know how to pick up the bad traits from PN.