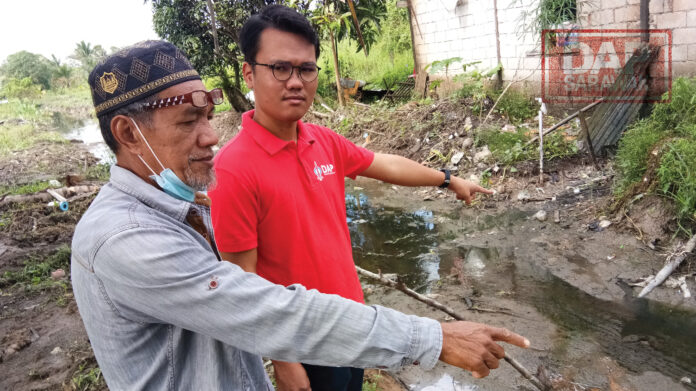 The authority urged to provide a better drainage system for convenience of the people in Kampung Hilir Serian.

There is an urgent need to expedite the construction of the drainage as the current one produce bad odors to the surrounding area and makes the surrounding residents feel uncomfortable with the odors that they have to smell everyday.

According to the complaint lodged to DAP Serian, the drain only being dug once in a while or sometimes being dug once to twice a year. However, until now, there is slow progress in the construction and has caused so much inconvenience and also posed significant danger to the to residents surrounding the drain as the water is very dirty and possible to bring some virus infection to the residents.

In doing so, DAP Serian has lodged a complaint to request the relevant authorities urgent intervention to look for the progress of the whole upgrades and if possible to hold a dialogue with the residents.

Such project without proper cause is totally unacceptable especially for the people that are directly affected by it. Surrounding that areas, the residents live with their babies have feedback to us how the smell from the drain effected their livelihood.

Early this year, a flash flood happened in that area caused by the downpour and because of it, the water flow from the drain and reached the residents at the surrounding area.

Therefore,we urge the relevant authorities urgently intervene in the situation and address the issue for the good and safety of the people by providing a better system such as to have a concrete drainage. We do not want any unwanted accidents due to something that could have been prevented especially if it risks injury or any infections to those affected.