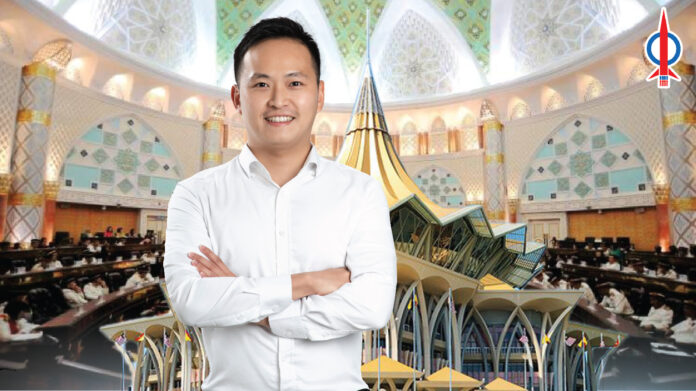 Elected assemblymen are lawmakers of the State. If we cannot have assemblymen with the proper understanding of the interpretation of laws, we are bound to have poorly worded legislation (or constitution) which affects the general public.

Moreover, the clear wording of the amendment will allow Tun Abdul Taib Mahmud’s two step-sons to be elected to be a member of the State Legislative Assembly.

At present, we have many West Malaysians or Sabahans who were previously born in Sarawak (when their parents were posted here for work). With this new amendment, now we may even see the children of these non-Sarawakians (but born in Sarawak) suddenly finding themselves the opportunity to be elected as a Member of the State Legislative Assembly so long as he/she stay here for a period of time.

GPS argues that such membership may be challenged in the court of law. However, why amend a law to leave rooms for a challenge in Court, especially when the law is the State Constitution?

Furthermore, the disqualification of a member is subject to the approval of the State Legislative Assembly through a motion. The court in the recent Pujut case had confirmed that any decision of the Speaker of the State Legislative Assembly is final and cannot be challenged in the court. Will any of the GPS ADUN dare put up a motion to seek the disqualification of Tun Abdul Taib Mahmud’s step-sons or any non-Sarawakians, if he were chosen to stand and won in the State Elections?

Some of GPS staunchest supporters have admitted that the amendment could have been worded better. If that is the case, why was there a need to rush it and not do it properly? Is there any ulterior motive or sheer incompetence in the drafting of the amendment?