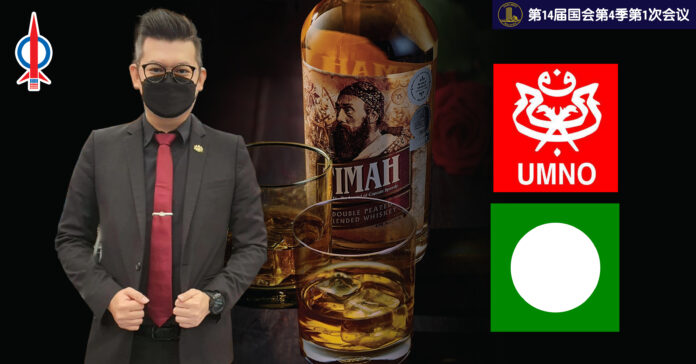 I am disappointed that the Federal Government chose to give into “extreme rhetoric and sentiments” perpetrated by certain quarters especially PAS and UMNO over a non-issue of merely a “product’s name”, when there are so much other things they should be focusing on, including the rising prices of goods and materials right now in our country.

This is in view of the recent statement by the Minister of Domestic Trade and Consumer Affairs YB Alexander Nanta Linggi who said that the company manufacturing the homegrown whiskey Timah has agreed to consider changing the name and image on the label of their award-winning product after an engagement with his Ministry.

It is also disappointing that this came from a Sarawakian GPS Minister.

There are so many other important matters the country is grappling with including the rising prices and how the people are suffering economically on the ground, but instead they chose to give into to such extreme sentiments which is an insult to the intelligence of any sensible man or woman.

This issue has suddenly and senselessly been blown out of proportion. An issue that is supposed to be a matter on “trade description and trademarks” should not be blown up to provoke a religious or racial controversy by any party.

This basically sets a dangerous precedent in our country where mere product names can be said to confuse any segment of the community and thus must be changed. This will make us a laughingstock of the international community

Instead of focusing on name, we should have been focusing on addressing the core issue, which is how to educate the public against the hazards of drinking excessive alcohol. The government should have put all focus on disseminating this sort of message and educating us all.

Whatever the brand name, alcohol is forbidden in Islam, but the rights of non-Muslims to drink it should be respected. We are a multiracial and multicultural society as we take pride in moderation.

We cannot allow ourselves to give into such extreme rhetoric and allow a “non-issue” like a whisky’s name has been blown out of proportion, when Malaysia takes pride in moderation, as well as multiracial and multicultural harmony.