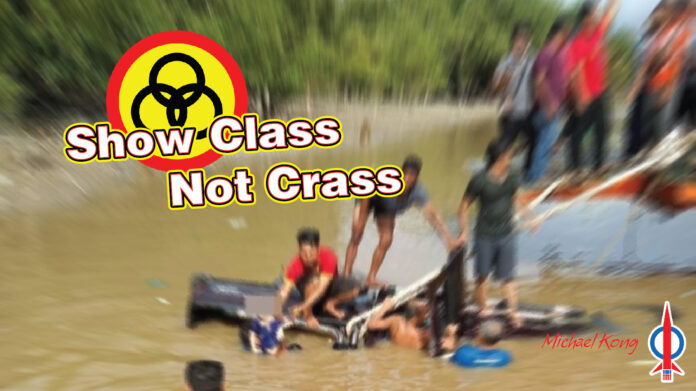 Milton Foo has clearly shown his insensitive character to play politics with the deaths of the poor victims who drowned in this unfortunate Triso ferry tragedy. I plea with him to show more respect for the deceased and their family members.

For Milton Foo to blame DAP for the incident is tantamount to the government blaming the opposition for any lack of development. Whether PH did cancel the allocation for the bridge, it is only the words of the GPS. The allocation was never there to begin with. GPS (formerly known as BN Sarawak) has during the entire past 57 years made so many promises which were unfulfilled; Batang Lupar bridge is just one of the many of such promises.

For over 57 years, the leaders of GPS have neglected the basic infrastructure that the people of Sarawak have been crying for. With GPS being in the state and the federal government now, how long more do we need before GPS step up and bring actual development to Sarawak?

On top of that, there is a constant clear neglect of the safety measures and implementation by the relevant authorities. However, the state government (SUPP) is now putting the blame on the opposition. That is the most ridiculous accusation and excuse one could think of.

There will be never-ending finger-pointing if one chooses to play the blame game. This will also result in much time wasted on bickering when such time and effort should be focused entirely on finding the cause of the problem and finding a solution to ensure that no such incidents will ever happen in the future.