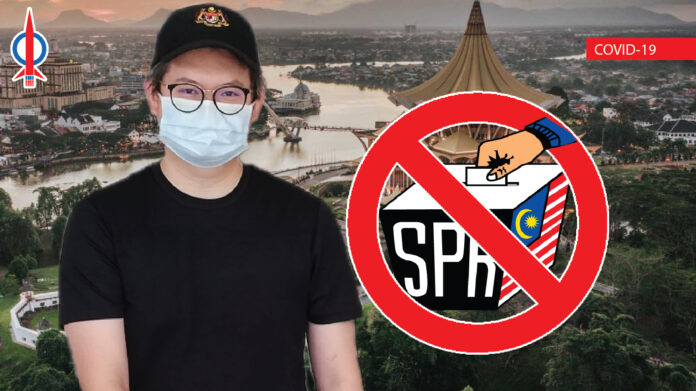 It is simply not the time for a nationwide general election!

It is really concerning that different leaders from UMNO are making public statements in attempting to trigger a snap-elections as early as first quarter of this year despite the ravaging Covid-19 numbers nationwide.

This clearly shows how certain politicians put their personal interest and power over the well-being, safety and even economic struggles of the general population.

Having a conventional general election this year would be disastrous. We are still reeling from the health fallout from the recently concluded Sabah state elections, which sparked the third wave all around the country.

That should have served as a strong reminder that the Covid-10 virus does not take a leave of absence just so that an election can be held.

While this year we will receive our Covid-19, but we must remember that the vaccine itself is not a “silver bullet” that will end the nearly year-long pandemic.

On top of that we will only be receiving them from different companies in batches and dependent on the National Vaccination Strategy, we are probably looking at until 2022 for a whole nationwide distribution to even achieve a minimal 70% population immunisation to achieve some sort of herd immunity.

So, either way, we will need to wait until majority of the population is immunised then only then a possibly a general election with necessary adjustments can even be considered.

Even so, we cannot afford to hold a conventional GE during this period.

In preparation for that, the Election Commission needs this year at least to look into certain adjustments and procedural reforms for a nationwide election especially in implementing the necessary safety SOPs including absentee voting or extending postal voting to either vulnerable population or those working or studying outside the States especially in Sabah & Sarawak.

Absentee or postal voting would make it easier for voters residing in other states to vote instead of them having to return home and causing a spike in the number of Covid-19 cases, as what happened in Sabah.

This will require the EC gazette out- of-region voters as advance voters eligible for postal voting under Regulation 3(1)(e) of the Elections (Advance Voting) Regulations 2012 to implement such a process.

I strongly believe that in view of the pandemic, it is the EC’s duty to make it as convenient and safe as possible for voters to cast their votes.

This includes safety and security measure to make sure any postal or absent voting process or facilities must be tamper-proof, transparent, fair and convenient for eligible voters so that it will instil public confidence on the system itself.

Any inconveniences imposed on voters either directly or indirectly through unnecessary regulations or non – availability of facilities can be construed as a suppression of the fundamental rights of a voter.

Such reforms are important not just for the pandemic, but also to encourage more voter participation especially for elections held in Sabah & Sarawak. Many Malaysians, including Sabahans and Sarawakians, are compelled to find jobs far from their homes due to unequal economic development among the states.

They should not be further burdened financially or put at risk during this Covid-19 pandemic by having to travel back to their constituencies just to exercise their fundamental right to vote.

Bersih Sarawak made an estimate that up to 20% of eligible Sabahan and Sarawakian voters are living and working in Peninsular Malaysia and a good number of citizens from the peninsula are doing likewise in Sabah and Sarawak.

That is why I call on the EC to expedite the process for postal voting or any other means to enable Malaysians who want to vote to do so without much inconvenience.

Such reform is even more pertinent especially with the upcoming Sarawak State elections that need to be held latest by August 2021.

While I do not encourage and believe we are ready for a nationwide election this year, but the the EC must be ready and should set a deadline for such a process to be implemented in time for the Sarawak state elections.