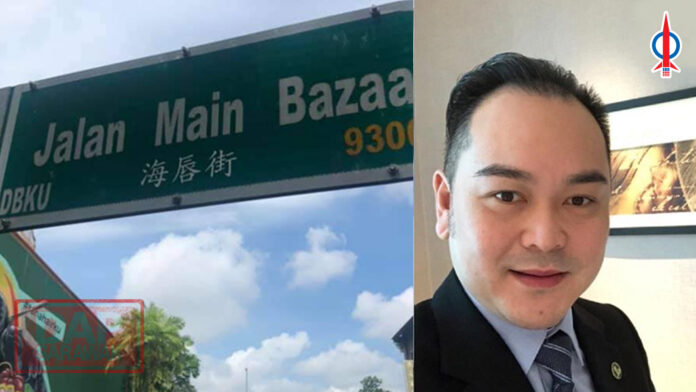 Several days ago, in concurrent with late chief minister Adenan Satem’s directive to “promote multiracial and cultural values in the states”, Sarawak DAP has made the effort and requested to add Chinese characters to road signs in the city. However, it was a huge disappointment for the request to be turned down by Kuching North City Hall (DBKU).

As a multiracial and multicultural society, we see the importance to maintain and enhance the unity among people of different ethnics. The most commonly used method to promote the concept is through social media, by the means of televisions, newspaper and radio, which has played an important role in promoting government’s ideology and policies. Similarly, we see that the inclusion of Chinese characters on road signs are an initiative to promote and understand the acceptance of other ethnic culture.

As a Sarawakian, the importance of accepting the differences we have as a multiracial state is important for the sake of harmony. We have managed to maintain unity in diversity among our people despite the fast-paced development that the world is currently facing. We live harmoniously in Sarawak because being Sarawakians means acceptance and coexisting.

Regardless of the one language policy for road signages in the city, we hope that DBKU could reconsider the decision and focus on the greater impact and changes that would bring to the society in a long term.