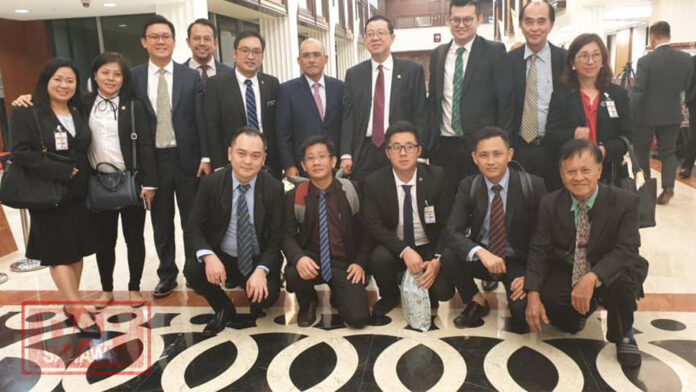 The arresting of Lim Guan Eng by the MACC (Malaysian Anti-Corruption Comission) under the charges with corruption is absolutely nonsensical. Despite days of questioning has been conducted on Lim Guan Eng, MACC did not show proof that any form of corruption was conducted by Lim Guan Eng over the award of this project and did not investigate whether any money in his personal bank account or in his personal possession as cash were received through corruption.

The Penang underwater tunnel project was awarded to CZBUCG (Consortium Zenith BUCG) by open tender in 2013 for RM6.3 billion, financed through a land swap. The decision was made by the State Tender Board comprising only of senior government civil servants without any politician on board. However, not a single cent has been paid-to-date by the Penang state government for the project.

Note that any payment to CZBUCG was not only handled and approved by Penang state government, but also by an independent professional engineering consulting firm appointed by open tender. However, no further action was taken by MACC, following the first investigation by the anti-corruption body under the previous BN government. Moreover, both CZBUCG and the Chairman of CZBUCG, who was an UMNO grassroots leader, had in 2019 publicly denied bribing any Penang state government officials and that MACC had cleared them of corrupt acts.

To me Lim Guan Eng is not only a comrade in arms, but also a great leader. As chief minister of Penang, his contribution and efforts in fighting for the rights and improving the life of the people is recognized widely and can never be overlooked. We believe in his innocence and we believe that justice will be served, and the truth will be revealed. The dark days of Malaysia politics has begun, However, as members of Pakatan Harapan, we will stand strong despite the challenges that has been imposed on us and continue to thrive in the darkness.