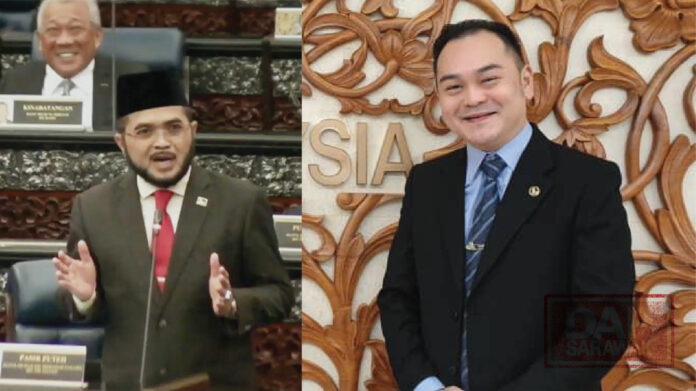 Pasir Puteh MP Nik Muhammad Zawawi Salleh has made a statement that the Christian Bible was distorted (dipesong), and refused to apologise when the association of churches in Sarawak (ACS) demanded for an apology for his insensitive statement. He continued to defend himself by stating that the Christians had no right to be offended.

Malaysia has been a multireligious and multicultural country from the very beginning, it is a shame that people still refuse to understand and respect the religion and cultural differences. Regardless of which religion we’re from, It is understandable that every faith and religion always teaches its followers to practice good and noble values of love and forgiveness for one another. However, if there are no respect for another religion, it will only create more conflicts. Being able to understand and respect the differences among our religion should be emphasised in this issue.

I am extremely grateful for Sarawakians because we have managed to maintain unity in diversity among our people despite the differences in race and religion. We live harmoniously in Sarawak because being Sarawakians means respect and acceptance. We hope that more people can understand the importance of accepting the differences we have as a multiracial and multireligious state in the development of harmonious society. We hope that the authorities would take this issue seriously could do the necessary investigations and rightful judgement.

I personally do not think stopping religious extremists and bigots from entering Sarawak is a way to guard our unity and religious harmony. We hope that their ideology will not intoxicate people who saw it through the media and the internet. An apology is necessary to show that peace can be restored by simple understanding and respect, not creating more religious discriminations, conflicts and chaos. And it is definitely injudicious to involve religion in politics.