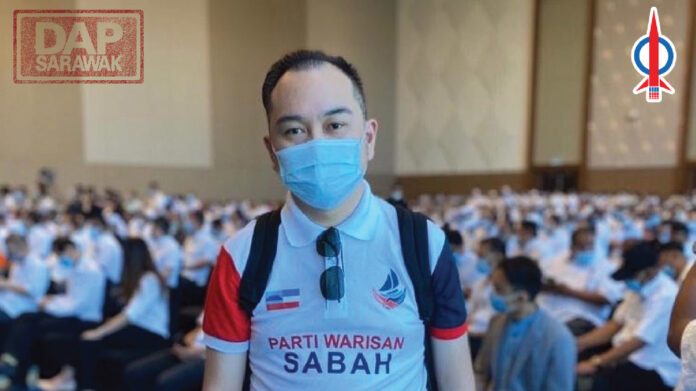 DAP SG Secretary General Lim Guan Eng has announced that all DAP Sabah candidates will contest in the upcoming election under Parti Warisan Sabah banner. The upcoming Sabah state election is crucial as it determines the future of Sabah, will be ruled by the rakyat as advocated by caretaker Chief Minister Datuk Seri Panglima Shafie Apdal or by political opportunists influenced by money politics. He also stated that the decision was made to unite the forces to secure major victory for our allies and us in Warisan. By using the same logo, we would like to send a clear message that we are united as one to serve, help and protect the people and their rights.

Additionally, all elected representatives with potential to conduct political treachery are rejected, political “frogs” that can be bought by money and readily betrays are unqualified. We are determined to create a government of the people, for the people and by the people. Quoting from DAP chairman Lim Guan Eng’s statement, Sabah is now the hope for Malaysia where the elected government can be the people’s protector, defender of democracy and justice, guardian against corruption and custodian of children’s future.

A government that brings justice to the people is what we need right now. A government that is able to protect the people against political treachery which involves robbing the people’s democratic mandate, extreme racist ideologies that tries to disrupt the peace in this multiracial country and rejects double standards application of laws and social injustices, where pressuring and cyberbullying takes place when complaints were made on poor internet connectivity in rural areas. We are well aware that a single force is limited, but together we can be stronger. And now we are united as one, sharing the same mission and vision to restore the rights and peace that the people of Sabah and Malaysia deserve.

We believe and we are confident that the spirit and values of DAP will continue to be the guiding principles for all of our candidates as we join hands with our allies in Warisan Plus to win this election together.