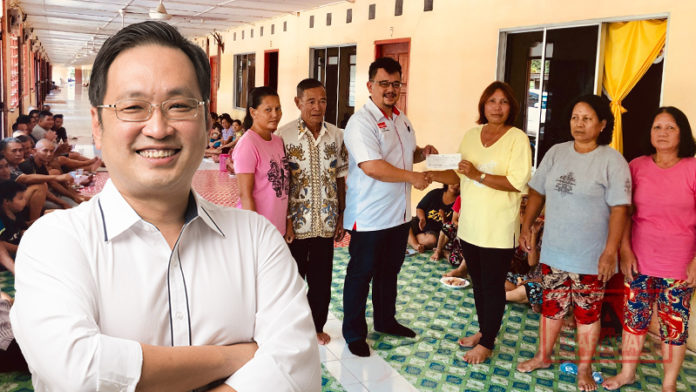 Longhouse folks seeking jobs overseas were advised to not only record their movement with the immigration department but their employment with their future employers must be recorded & registered with the Labor Department.

This was due to the many employment scams nowadays being circulated through the email & social media which so easily prey on the uninformed. The most recent case of employment scams was the case of 47 Sarawakians scammed to work in Cambodia. They become indentured servants to their employers.

One of the reasons for this warning was, if there was any need for an emergency or an accident, the Labor Department would know of the whereabouts of the person and they would be able to contact their relatives or friends. There have been many instances where there were fatal accidents, the employers had difficulty looking to contact their next of kin even through our Malaysian Embassies.

Another reason is the Labor Department will make sure the employment agreements are legitimate & legally binding to prevent and protect the employee in case it was a scam.

Most of these workers are majorly Dayaks where they are often involved in highly dangerous jobs but due to the lucrative pay, most would rush & leave home to accept it, oftentimes neglecting to register themselves with our embassies & Labor Department.

And when they are in trouble, most do not know any way out of their predicament, which is very sad because their family back home doesn’t know of the suffering,’ said Leon Jimat Donald