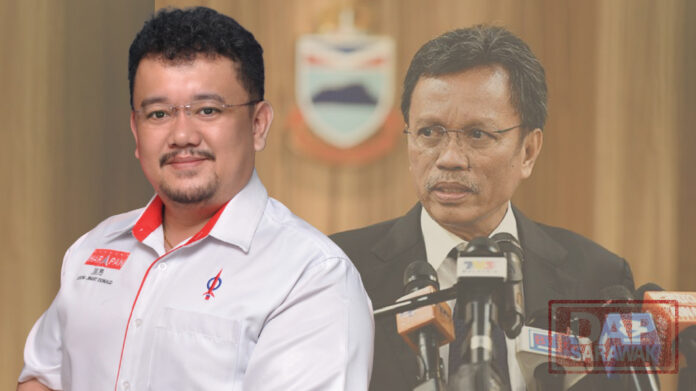 Shafie Apdal was nominated as the candidate for the post of the Prime Minister in the event that PH succeeds in taking over from PN. This is due to the deadlock in PH in trying to find the PM candidate in between Tun Mahathir & Datuk Seri Anwar Ibrahim. Shafie Apdal’s candidacy has been proposed as an alternative and a compromise candidate.

I find it therefore bewildering that Tan Sri James Masing was quick to shoot down this noble idea. “There is no way Malaysian voters will accept it” he claimed.

Does Masing not feel being comfortable with PH under the Premiership of Datuk Seri Shafie Apdal, or is GPS now very comfortable in their partnership with PAS & UMNO? The very same UMNO & PAS which spews racist and intolerant ideological views of other races and cultures, just to appease and get votes from their supporters?

James will be seen by the educated Sarawakians as being small minded and does not see the big picture, where this move to nominate Shafie as Prime Minister will not only benefit Sabah but will also benefit both East Malaysian States as it will set a
precedence in the future where a Sarawakian may be eligible to be considered to be a Prime Minister irrespective of political parties.

By combining the strength and focus of GPS and Warisan, it is paramount that this union be forged for a stronger voice from the Bornean States. Fighting for the rights and privileges of Sarawak from the context of MA63 is the main thrust of GPS’s struggle and agenda, which is also the main struggle and purpose of Warisan as well.

We should look beyond bipartisan politics and look at this once in a lifetime opportunity to support Shafie as Prime Minister as it will only be good for both States as I believe he will be sympathetic to the plight of Sabah & Sarawak and also returning to the original agreement of MA63.