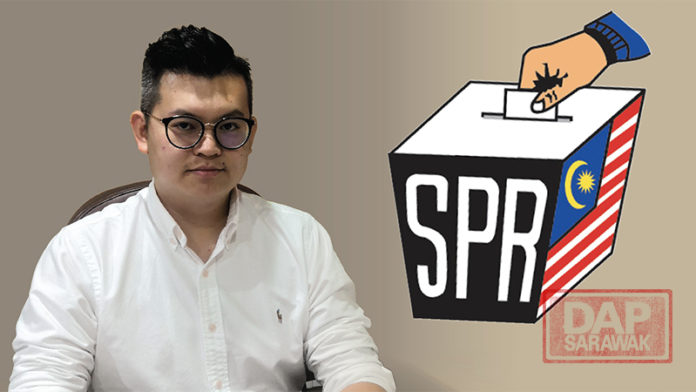 I wholeheartedly welcome the announcement by the Election Commission on the government’s intention to table of the motion to amend the constitution in order to lower the voting age to 18 in the upcoming parliament session and hope that the opposition including GPS, UMNO and even PAS will support such an amendment to further empower our youth and encourage more political participation of our youth.

We were informed that the first reading of such motion will likely be on the 4th July 2019 and the 2nd and 3rd will be on the 16th July 2019. This will require a 2/3rd majority in parliament to make such amendments thus it will require the support of members of parliament from the opposition as well.

The fact that the first 2 constitutionals amendment being tabled in parliament emphasis of the Pakatan Harapan government on not just restoring the rightful status of Sabah and Sarawak, but also to further empower an important generation in our country which is the youth.

Under the Pakatan Harapan Government, the Ministry of Education has done good work to restore greater autonomy to the universities as well as amend the UUCA to allow greater participation of university students in political activities on top of promoting more freedom to discourse different political views in the university itself. Now the government is taking another big step forward in lowering the voting age to reflect our emphasis on our youth, who are the future of our country.

While definitely there are reservations raised including whether our youth are mature and wise enough to make such decision. I would respectfully disagree and believe more trust should be given to our youth and empower them with the right to vote.

I believe that many of our young people today are far better equipped — intellectually, physically, and emotionally — to make the type of choices involved in voting than were past generations of youth. While of course they are exceptions, but many experts believe that today’s 18-year-old is at least the equal, physically and mentally, of a 21-year-old of his father’s generation, or a 25-year-old of his grandfather’s generation.

The contrast is clear in the case of education. Because of the enormous impact of modern communications, especially the internet and social media, our youth are extremely well informed on all the crucial issues of our time, foreign and domestic, national and local, urban and rural.

Today’s 18 year-oIds, for example, have unparalleled opportunities for education at the secondary level. Our 19 and 20 year-olds have significant university experience, in addition to their high school training. Indeed, in many cases, 18 to 21 year-olds already possess a better education than a large proportion of adults among our general electorate. And, they also possess a far better education than the vast majority of the electorate in all previous periods of our history.

On top of that, by lowering the minimum voting age, we will further provide stronger incentive for greater political involvement as well and understanding. This will not just involve the 18 to 21 year old age group, but also in the pre- 18 year old group and post 21 year old group as well. We will then also enlarge the meaning of participatory democracy in our society on top of giving out youth a new arena for idealism, activism and energy.

However, it is important that this step should not be the only step taken to empower our youth. More civic and political education should be emphasise in our education system even during secondary level. Our civic and even history syllabus should be reformed to educate our young what it means to vote and participate in a democratic process such as this, to think for themselves and also to deliberate through different issues that affect them.

Kelvin: Why is the SOP taking so long, when they were once allowed to operate in April

Dr. Yii: The Government Had Wrongly Set Their Priorities During Covid-19 Pandemic

Chiew: Emergence Ban Of Alcohol Is Against Our Multi Culture Life

Kelvin Yii Lee Wuen DAP Sarawak - 03/06/2020
Press Statement by YB Kelvin Yii: I am highly concerned by the statement made by the Minister of Housing...

Kelvin: Why is the SOP taking so long, when they were once allowed to...

No Serious Effort by Sarawak Government to Help SMEs

Chiew: Emergence Ban Of Alcohol Is Against Our Multi Culture Life

Kelvin: Why is the SOP taking so long, when they were...