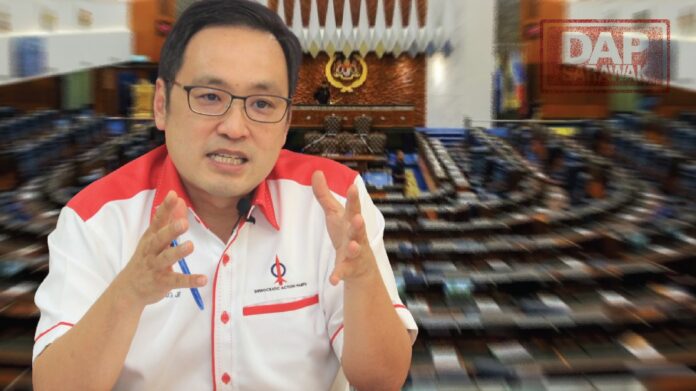 In last week’s Parliament sitting, the Tengku Datuk Seri Zafrul (the Minister of Finance), in what seemed to be an attempt to discredit the Pakatan Harapan Government, in particular, Lim Guan Eng, disclosed a list of 101 projects valued at RM6.61 billion awarded by the PH Government through direct-nego process.

As it turned out, this so-called expose has reaffirmed PH’s integrity, accountability and transparency in the government procurement process throughout the 22 months of its governance. In other words, Tengku Zafrul shot himself and the PN government in their own foot.

Out of the RM6.61 billion alleged to be the total value of the direct-nego projects of PH government, RM6.258 billion were projects that were a continuation of the Barisan Nasional Government which the PH Government were forced to proceed with.

The remaining RM352 million worth of projects constitute 0.07% of the total PH Government’s procurement value during PH’s 22-month government which was RM477.38 billion.

Of the remaining RM352 million worth of projects awarded directly by the PH Government, RM170 million was awarded by the Kementerian Perumahan dan Kerajaan Tempatan which was under Zuraida Kamaruddin who is now also a minister in the PN government. The other projects were the printing of Kurikulum Standard Sekolah Rendah (KSSR) textbooks, the Operasi Bersepadu Wabak Rabies in Sarawak and also those under the Kementerian Perumahan dan Kerajaan Tempatan (KPKT) Zuraida Kamaruddin who is also a minister in the PH Government.

From the so-called expose, it is now clear that Lim Guan Eng, while he was the Minister of Finance, rarely granted the other ministries the exemptions to award government procurement projects through direct-nego. That was also the reason why many Ministers and also State Governments loathed Lim Guan Eng and DAP, for we practiced strict adherence to open
tender process in government procurements.

With this issue hot on the heels of the national politics, it is thus time for the GPS Sarawak State Government to disclose its list of direct-nego projects to show the people of Sarawak that it does practise transparency and accountability in its government procurements.