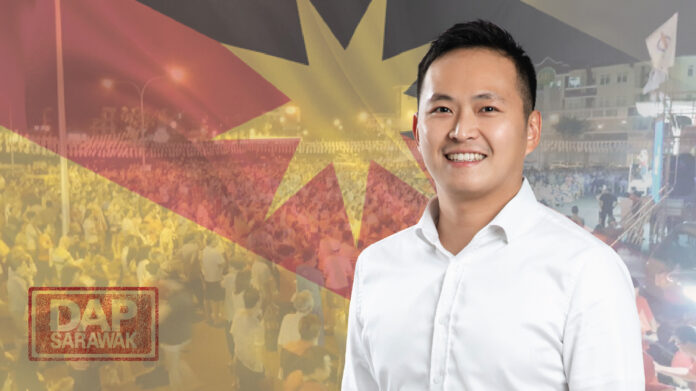 I have known YB Wong King Wei for a little over 3 years. When I first returned to Kuching, my first case was in Dr Ting Tiong Choon’s legal action against the Speaker of Dewan Undangan Negeri Sarawak & 4 Others aka the Pujut case.

Over time, both of us got acquainted and we were co-counsels in a few legal matters. Our working experiences were always enjoyable because regardless of our differences in age and work experience, we could speak our mind freely.

It was surprising that I was named in YB Wong King Wei’s announcement on 26.07.2020. There was an implied comment that my Facebook post on 21.07.2020 was devised by DAP leaders and this is totally untrue. All statements that I post on my Facebook page are written by me. To suggest otherwise is totally inaccurate and casts unnecessary aspersions that I am merely a pawn for other’s doing. I will never allow myself to be one.

In respect to the issue of freedom to address one’s personal opinion, likewise, I was merely stating my personal opinion towards the issue. At no time did I tell Dato Richard Wee that he has stop criticising PH and/or praise GPS. In fact, I reemphasized that DAP (especially me) respects the freedom of speech under the Federal Constitution but that any hint of inclination or possible bias must be laid out to avoid any misunderstandings or misconceptions by the public. This is in particular to community leaders such as Dato Richard Wee. Like Dato Richard Wee and YB Wong King Wei, I too was merely issuing a personal opinion.

With all said and done, I can only thank YB Wong King Wei for what he had done for the people in Padungan. As a fellow who dearly loves Sarawak, I believe we both will agree that GPS is not the way forward. As stated by YB Wong King Wei, he merely feels against the manner of execution but not the principles of the party as a whole.