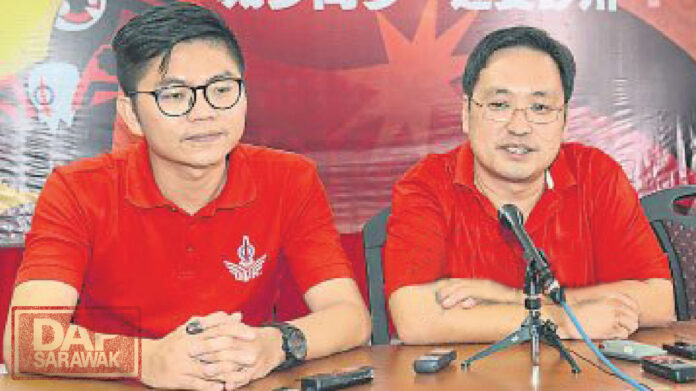 I am shocked and disappointed with the decision of YB Wong King Wei quitting DAP.

Whatever misunderstanding and disagreement amongst members in the party, it is surely not a valid reason for quitting the party as the political struggle of DAP remains unwavering and unchanged at all time, ie. to fight corruption and to restore a clean and fair system of administration in Malaysia and in Sarawak for the betterment of the people.

DAP has always been and will continue to be the party speaking the truth, without fear or favour.

It is sad to see a leader of the party turning against the party and inflicting damage to the party which he has represented all these years. More so, King Wei has been my special assistant for many years until he was first elected as the ADUN for Padungan in 2011 under the DAP ticket. Like all my other special assistants, at all times, he has a free hand to carry out his political works and issuing statements according to his own style and preference.

For a decision of such gravity, I would have thought that he would first communicate his wish to me and discuss beforehand. But regrettably, that was not the case.

All political parties will have its ups and downs and also divergence in opinions. A true party member will stick with the party through thick and thin. Therefore, I hope he will re-consider his decision to quit the party and not disappoint the voters who voted for him in Padungan.