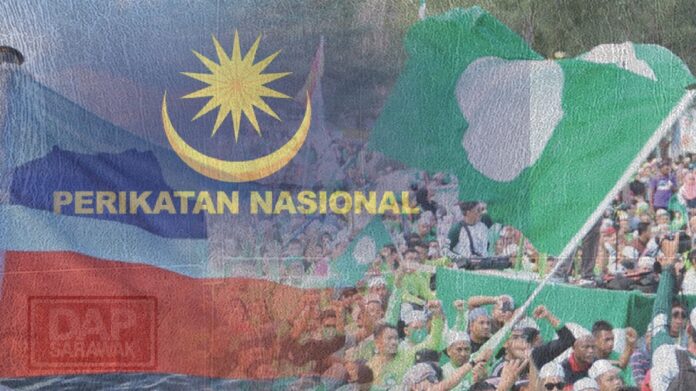 The appointment of PAS’ state Secretary into Sabah State Legislative Assembly is mirroring what will happen if they vote for those who allied with Perikatan Nasional.

The victory of Perikatan Nasional and its allies in Sabah recent poll is an open door for PAS to influence the Sabah State Assembly and the policies in Sabah.

PAS Ideology is indeed irrelevant for a state that is multiracial and multireligious. Sabah and Sarawak is a state where the religious extremist must be rejected.

The bible humiliation is the recent example that Sarawakian must take into account. When a PAS make an accusation and refused to apologize shows that the party has failed to understand the culture of us East Malaysian.

Meanwhile in Sarawak, there was a statement saying that they are comfortable to have an alliance with PAS rather than DAP. They have forgotten that it is that particular party that hurts the feeling of most Christians in our country especially in Sabah and Sarawak.

This is the right time for Sarawakians to stand up and protect our state from religious extremists as Sarawak is not belongs to only one religion.

Other than that, it is the right for Sarawak to choose a clean, just and inclusive government where every anak Sarawak whether it is Chinese or Dayak to be entertained like everyone else.

It is time as well for Sarawakians to collectively rebuild our beloved Sarawak so that our future generations will have live in a better country than what we have now.

For 57 years, it is long enough for us. It is time reject those extremists and incompetent politicians to run our state. It is now or never.