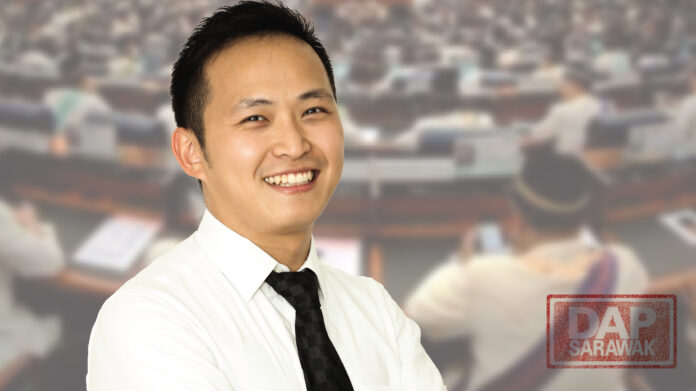 Abang Jo is a classic example of the pot calling kettle black. He is not in any position to question Pakatan Harapan (PH) in its quest to bring back the people’s mandate. After all, it was Abang Jo and GPS that actively participated in the negotiations and orchestration of the Sheraton move.

Currently, PH is actively ironing out several issues amongst their coalition members and the Prime Minister post is just one of them. Other important issues such as the nation’s economy and welfare of the people are also topics which draw concern and being discussed actively. Unfortunately, PH members are constantly harassed for raising such issues.

Abang Jo has regrettably failed to see and realise that one of the many reasons that PH should be back at helm is so that we have a stable government. Currently, under the Perikatan Nasional (PN) government, we see UMNO, PAS and PPBM jostling for seats everyday. We even hear how the current PM is being bullied by UMNO and PAS into giving it more positions either in the cabinet or GLCs. Many senior members of UMNO have also publicly called for a snap election even when we are facing this global Covid-19 pandemic.

All of this leads to a lack of confidence in the government. The constant bickering among its loose coalition members is the typical sign of an unstable government and this was confirmed in the last ‘parliamentary sitting’ on 18.05.2020 when it was confirmed that the current PM had the support of 113 Members of Parliament (at most).

Now the idea of Shafie Apdal as the PM candidate is a new glimmer of hope for improving relationships between the three territories of Sabah, Sarawak and Peninsula Malaysia. It was never contemplated that an East Malaysian would be the PM for Malaysia. However, under PH, we saw the removal of all such barriers. We saw the first East Malaysian being appointed as the Chief Justice of Malaysia. Will GPS support this notion of empowering East Malaysia or will it continue to be subservient to its political masters in UMNO and PAS?