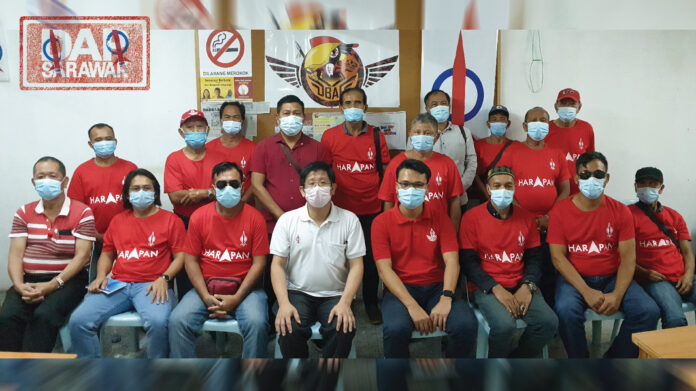 The AGM was attended by the branch members from all over Serian that committed to continuing the course by setting up new aspiring, reliable accountable ccommittee members.

Therefore, the DAP Serian this time has committed to not only become a political body that is active during the election time and disappear after the election.

DAP Serian will always here whether it is an election or non-election time as we here to be the voice for the voiceless and the strength for the weak.

The newly elected committee members also hold high integrity, transparency and accountable to the people and will try our utmost best to serve the people of Serian.

DAP is not built on the gifts and talents of a few but on the sacrifices of many. Therefore, we will continue to strive and fight for the struggle that has been our foundation since the existence of DAP in Serian town.

Below are the new line-up of DAP Serian branch committee:

The DAP Serian line-up this round is represented by all races in Serian and we are not focusing to the Dayak only as DAP is a multiracial party.

The Meeting was attended by Julian Tan (former Stampin MP) as the DAP state committee representative.