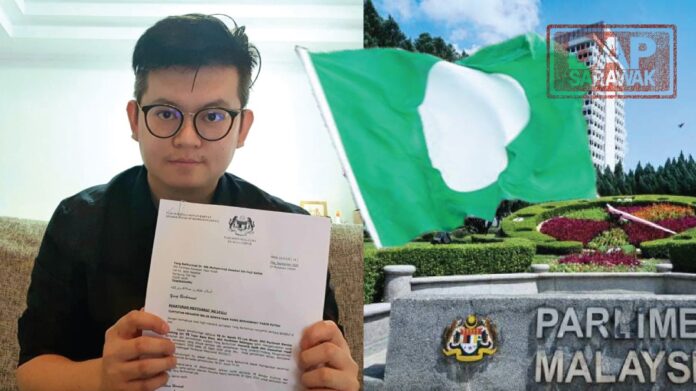 I have received an official letter from Parliament Malaysia acknowledging my letter to the Speaker of the House with demanding a retraction and apology for to the insensitive remark made by PAS MP of Pasir Puteh in the last Parliament session. On top of that, the Speaker of the House has also sent an official letter to YB Pasir Puteh for him to give an official explanation on the matter and to include any evidence to justify his clarification.

This is an issue that I will continue to pursue and not let go lightly in the next parliament session as it is important to send the correct message that regardless of position of power, no one is above the law.

His remarks have clearly contravened the Parliament Standing Order 36(10)(c), and if go undealt with, it sets a bad precedent in the honourable House where such insensitive comments against other religions can be made without any repercussions.

On top of that, I highly regret that even with multiple demands from the public including Association of Churches in Sarawak (ACS), The Malaysian Consultative Council of Buddhism, Christianity, Hinduism, Sikhism and Taoism (MCCBCHST), Sabah Council of Churches, and Sarawak Evangelical Churches Association(SECA), until now YB Nik Zawawi has shown no remorse and said he has no intention of apologising in response to all the demands and even went on and further aggravate the situation by further insulting Christians by saying they have no right to be offended.

MCCBCHST even asked the Prime Minister to intervene and act on the PAS MP, but until now, there has been no word or even action from the Prime Minister. This is again contrary to his recent statement that divisive sentiments such as race politics or even divisive religious politics has no place in a multi-cultural Malaysia.

During the debate on the Road Transport Transport (Amendment) Bill 2020 to propose heavier fines for drink driving offenders on August 26, the PAS MP had claimed that “Kitab Injil ini dipesongkan atau pun diubah” (The Bible is distorted or changed).

The PAS federal lawmaker had failed to grasp how insensitive his comments were to not only the Christian community, but also all communities in multiracial and multireligious Malaysia.

That is why this issue will not be forgotten until the person involved takes full responsibility for it.

Members of Parliaments should be the first to set a good example by promoting unity and not division, and that is why a proper precedent has to be set in the House of Parliament where such remarks should not have been condoned in the first place.