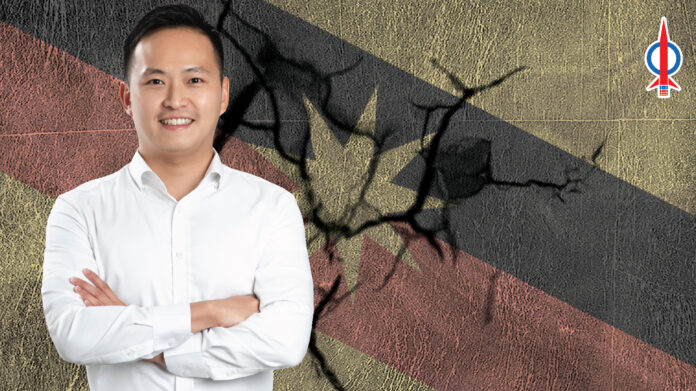 DAP Sarawak is never against the amendment so that only Sarawakians are qualified to be an elected member of the State Legislative Assembly. However one must remember that the Constitution of the State of Sarawak is the supreme law of the land. Any amendment to the constitution should then be well thought out.

The amendment was proposed by Abdul Karim Rahman Hamzah and seconded by SUPP Vice President, Lee Kim Shin. SUPP particularly Sim Kui Hian is fixated on the first limb of the amendment while conveniently not addressing the second limb which is the main concern for DAP.

SUPP and its staunch supporters are claiming that this amendment is an act to ‘tighten’ the constitution and to limit it to only true Sarawakians. This is entirely untrue and one only has to look into the possible scenarios arising from the second limb to understand the consequences of the amendment.

It is within public knowledge that Toh Puan Ragad Kurdi Taib has two sons. Toh Puan Ragad Kurdi Taib is now a Malaysian citizen and is a registered voter in Sarawak. Sometime in 2017, the GPS government (then known as BN) also gazetted Toh Puan and her two sons as a Native of Sarawak. The only question left lingering in the minds of many is whether her two sons are now also Malaysian citizens. If they are now Malaysians, by this new Sarawak Constitution, they will be qualified to stand for election to be a member of the Sarawak Legislative Assembly.

As previously stated, there must be absolute clarity in the Constitution. With the full team of legal officers in the Sarawak State Attorney General’s chambers, can’t the GPS government draft it with more clarity? Why does the GPS Government purposely leave some ambiguity with the new amendment?