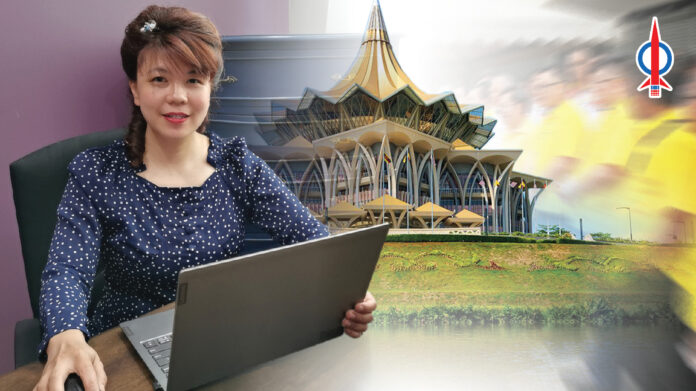 “Out of the Seven (7) State Elected Representatives from SUPP, none of them dared to stand up to debate such an important piece of bill which contained amendment of Article 16 in the Sarawak State Constitution that leads to the selling out of the last bastion of Sarawak’s right by allowing non-Sarawakians to stand in election and be elected into the House. All of the seven did not object to the injustice done towards Sarawak by virtue of this new Article 16”.

It is highly uncalled for SUPP to mislead the public by making allegations which the law does not prescribe. This newly amended Article 16 tabled by Sarawak GPS does not have the word “Sarawakian” in it and any Sarawak-born person’s children are eligible to be elected as Elected Representative of Sarawak State Legislative Assembly.

“Yet, SUPP held a press conference outside DUN and repeatedly misinformed the public that only Sarawakian is eligible to be elected into the Sarawak State Assembly. SUPP is not telling the truth of Article 16 as prescribed in the Sarawak State Constitution but trying to twist the issue to support the amendment to gain cheap publicity.”

Inside the Sarawak State Legislative Assembly which is the correct forum to raise people’s issues and concerns, the whole lot of SUPP elected representatives chose to be quiet like the church mice and refused to raise their points of support to the amendment proposed, but outside the chamber, they are the loudest on this Article 16 amendment.

“As to why none of the SUPP elected representatives participated in the debate in the State Legislative Assembly on the said Amendment Bill, the public deserve a full and frank explanation from the President of SUPP Dr Sim Kui Hian. Are they worried that their names be recorded down in history as the persons who sell out the last bastion of Sarawak’s right and welcome Non-Sarawakians to stand as candidates and be elected to represent Sarawak?”