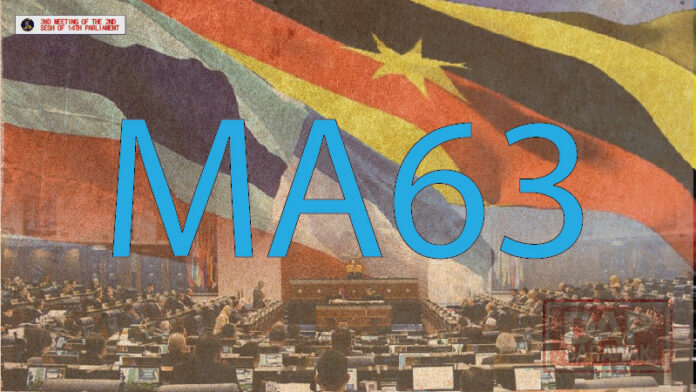 It is disappointing that the Perikatan Nasional Government has decided to shelve the formation of MA63 parliamentary select committee which was meant to monitor to implementation of the Malaysia Agreement 1963(MA63), on top of deciding against tabling the final report from the Special Cabinet Committee MA63 in Parliament.

This is clearly against the spirit of accountability and transparency especially when it comes to something so important especially our rights under MA63.

This gives the impression that the PN government has everything to hide and do not intend to implement the 17 out of 21 things that was agreed before. While I understand those 4 other issues have not been resolved, but there is no reason the other things that have been agreed cannot be revealed to the public

On top of that, this select committee was not just an issue that was fought for by the previous Pakatan Harapan government, but also the MPs especially from GPS when they were in the opposition. Now that they are in the government with UMNO and PAS, suddenly they changed their stand and now say that there is no need for such parliamentary committee.

This Parliamentary Committee is so important because it empowers the parliament as well as the members of parliament to make sure what was agreed under the Special Cabinet Committee is properly implemented according to the proper timeline.

This committee will include both side of the political divide, both the government and opposition and such important matter should be monitored among all Members of Parliament regardless of political divide especially when it involves the rights of all of us.

What is even more disappointing is how the Deputy Minister of Sabah & Sarawak Affairs did not really answer all the pertinent questions that was raised and only claims she is following the orders of the executive.

This was the reason we lost our rights under the previous Barisan Nasional government in the first place when they only follow along instructions from above.

She did not even dare clarify the current Federal Government stand on the validity of the Petroleum Development Act 1974 even though she is a federal deputy minister representing the federal government.

In Sarawak, GPS leaders are so vocal claiming how PDA1974 is not valid, but in Parliament as PDA 1974 is a Federal Law, they did not dare make a stand.

That is why I urge the current PN government to first and foremost allow the report by the Special Cabinet Committee on MA63 to be tabled in parliament for all to debate and then allow the formation of the Parliament Select Committee to make sure there is a bipartisan parliament monitoring of the implementation of it based on the agreed timeline.

Let us not repeat the mistake in 1974 and 1976 where our rights was surrendered purely due to “following instructions” without the consultation of the people of Sabah and Sarawak that feels the effects of that decision.