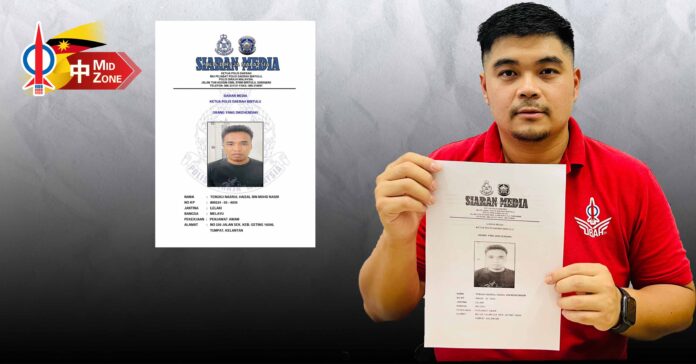 It is time for the government and especially the related authorities to clarify on the outcome of the suspect who was allegedly accused of raping a 14 years old student.

Since August, the warrant of arrest had been issued for more than a month now, but progress has yet to be seen. This is such a disappointment. Are we going to wait quietly and let the thing go away eventually? If so, this would be extremely unfair to the victims.

Ever since the incident came to light, many ministers and wakil rakyat have statements in the press on the the issue, shouting to “Safeguard Sarawak” but in reality when dealing the school rape case such slogan becomes meaningless as can be seen by the indifferent attitude in solving the case. Is this what the GPS government would like to leave for our younger generation?

The Malaysia Day celebration in Bintulu is over, time for the relevant authorities to explain the outcome on the case, setting a deadline to bring the suspect to justice. Don’t let it be forgotten in front of the eyes of the people overtime.

The raping incident happened in a secondary school in Sebauh district. It was a hot topic of the GPS government, but during the last several weeks when the Premier of Sarawak and most ministers were here in Bintulu for programs and Malaysia Day celebration, not even a word of concern was heard of anymore.

Apart from feeling sad we are broken-hearted because apart from withholding the alleged suspect, the suspect still remains at large. Public are worrying whether there will be another victim. The Sarawak Government must take this matter seriously, take immediate action, meet the Federal Minister of Home Affairs and come out with solutions. These are the very basic that the government should do.

When the news of the case just broke out it was on the national news, it was believed that there were more than one victim. I do not want to believe that the Minister of Education was unaware of the seriousness of the situation and still allow the suspect to be freed.

Arrest the suspect, and thoroughly investigate how many were actually victimized. Sarawak keep records on people entering and leaving the border, there is no reason how the suspect can fled just like that, this really makes the people angry.

Facing right in front of us in Bintulu today is this most hurtful and serious social problem. The Sarawak Government cannot keep a blind eye to it and allow time to take its course. The government must take up all responsibility and let the case be investigated until justice is prevail.

Tiong King Sing Urged To Fight For More Aid To Overcome The Pandemic.

Government Urged To Ensure The Affordability Of Swab Test.